In the sleepy town of Lunderskov, Denmark, there’s a 22-meter-long room that is climate controlled at minus-30 degrees Celsius. Dubbed the Ice Lab, it’s a place where LM Wind Power engineers can study the effects of freezing weather conditions on wind-turbine blades and determine how best to mitigate them.

As wind energy gains prominence around the globe, major wind-turbine manufacturers are researching strategies that would allow their technologies to work in the coldest of climates. Because of their high winds and increased air density — not to mention their lower populations — colder regions are ideal for wind-energy production. 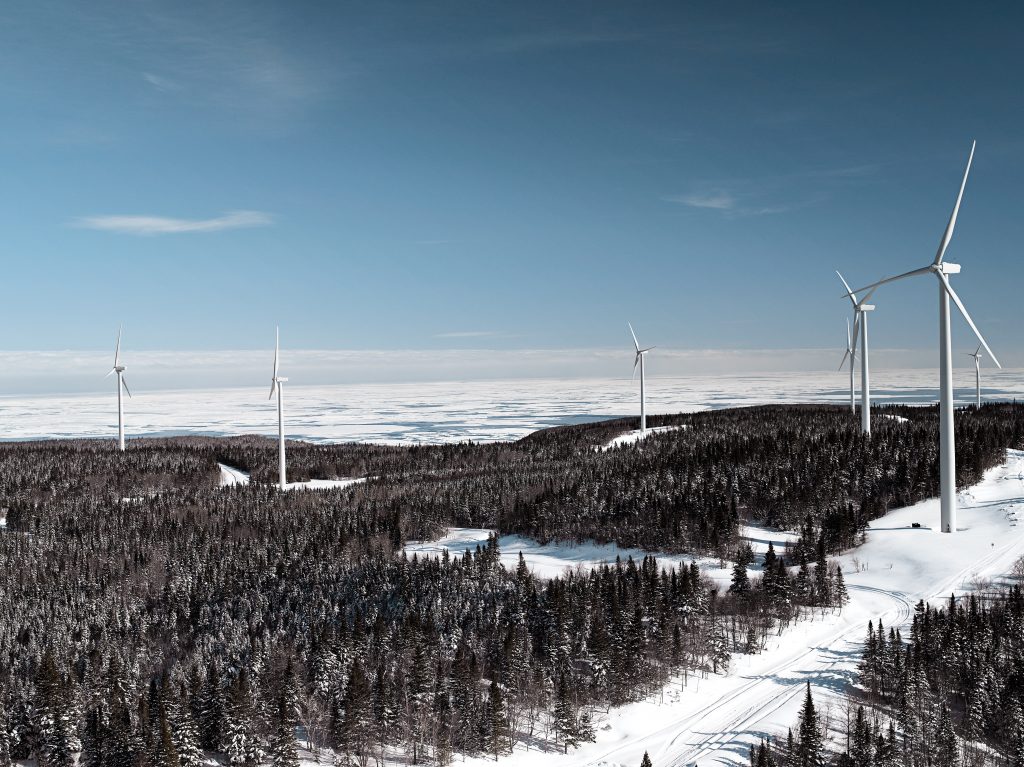 Challenges abound, though, and in 2002, the International Energy Agency (IEA) Wind Task 19 began gathering and coordinating recommended practices on cold-climate wind energy. One area on its radar is blade icing, a problem that has been tackled by a number of manufacturers in recent years. For when ice builds up, energy production goes down, and it can even come to a halt altogether.

Many Ways to Get Rid of Ice

You’d think it would be easy to keep ice from building up on a wind-turbine blade. Try a little anti-freeze coating. Paint the blade black. Maybe try salting the blade like they do on icy roads. Unfortunately, none of these much-researched “easy” fixes has actually worked, according to the October 2012 edition of IEA Wind Task 19’s State-of-the-Art of Wind Energy in Cold Climates.

Instead, many manufacturers have turned to electro-thermal heating, a conductive mat or mesh usually made of carbon fiber added to the blade’s surface. The mat heats up when electricity is applied. These systems apply heat precisely to the ice layer, and they can be used in harsh environments.

Several other companies went a different direction, however, to a hot-air system — a technology many believe offers lower maintenance and greater reliability compared to electro-thermal heating.

Here’s how the hot-air technology from LM Wind Power works: A heater fan unit is located at the root of the blade. Because all LM Wind Power blades are custom designed, the heater fan size can vary, depending on the blade size.  An insulated duct sends the hot air through the blade’s interior, all the way to the tip. Holes in the leading edge (LE) web direct hot air onto the blade shell. The holes are placed according to design needs, and flow and heat distribution can be tailored to local heat transfer conditions. The length of the de-icing zone varies, too, depending on requirements. Finally, the air returns through the LE cavity and an insulated return duct, the length of which is chosen based on the length of the desired ice mitigation zone and power requirements.

Finally, electro-thermal technologies are conductive, which can attract lightning and potentially damage the blades, and the warming technologies aren’t extended to the blade tip for that reason. With a hot-air system, since no metal components are used beyond the blade root, there’s no impact on lightning protection, making it possible to remove ice very close to the tip.

Devil in the Details

Numerous studies have shown that ice builds up at the LE and the tip more than in other areas, but these also are the most critical areas to aerodynamic performance. One challenge with hot-air technology: If the heater fan unit is at the root, the tip is the hardest area to reach, and the air can cool by the time it reaches there. The smaller internal area at the tip means that pressure losses are high by the time the air reaches there as well.

LM Wind Power was able to maintain a high air temperature by using an insulated supply duct. In addition, engineers increased the internal heat transfer coefficient by increasing the local velocity and turbulence of the air, using methods such as impingement holes to direct the hot air flow at the LE and other procedures to increase turbulence locally.  For a hot-air system that heats the inside of the blade, it is essential that the heat transfer through the blade shell matches the heat transfer from the blade to the air. The most efficient system will exceed this slightly to keep surface temperatures just above zero.

Additional design enhancements come with each customization. LM Wind Power works with its customers to design a blade for their particular turbine, and the company puts a lot of effort into determining where the hot air is most needed every time. Each turbine has different requirements, and the geometry of the blade can greatly affect air flow. Creating just the right design is critical to efficiency.

Another design method is computational fluid dynamics, or CFD, which basically splits a volume of space into sections to simplify a complicated 3D flow into a series of simpler flow analyses. For instance, CFD can be used to simulate external flow to determine heat-transfer requirements and internal flow steady state and transient analyses, to calculate surface temperature distributions, impingement from web holes, and internal heat transfer coefficient distribution. A number of these analyses might be used for a new blade design, depending on how novel the design or application is compared to previous designs.

With its Ice Lab, LM Wind Power takes its research an additional step. Located 14 kilometers from the company’s headquarters in Kolding, Denmark, the lab can be used to study the effects of cold climates on the most critical part of the blade — the tip. Instrumented with temperature, pressure, and sensor flows, the lab can provide data logging for transient analyses and is used to validate CFD and analytical models and to test new designs.

For most of LM Wind Power’s new designs, the main focus is on maximizing heat transfer in the tip region. The goal of any ice mitigation system is to get the blade surface hot enough to either melt ice or prevent it from forming. The heat transfer requirements toward the root are generally much easier to achieve, so the company is concentrating on the tip.

With hot-air technology, it’s hard to target specific areas, and LM Wind Power has focused on matching the flow and temperature distribution to local heat transfer requirements, she said.

LM Wind Power is also challenged by scaling effects, because as the blades get longer and slenderer, it is harder to get enough flow at a high enough temperature at the tip.

And there is another consideration:

Hot-air technology uses more energy than the electro-thermal technique, so it is important to optimize this as far as possible.

The blade typically is stopped while de-icing takes place — up to several hours per blade — depending on conditions. Anti-icing technology, on the other hand, literally prevents the ice from building up in the first place, so the turbine continues to run. Since heavy icing sites can have ice accumulating up to 70 days per year, anti-icing technology has the potential for annual energy production gains at these locations.

With hot-air technology, researchers are using CFD analysis to determine the heat transfer required to keep the blade surface water in a liquid state. Compared to a de-icing blade, an anti-icing blade needs more insulation to maintain higher temperatures, an increased heat transfer coefficient at the tip, a higher flow rate overall, and an especially higher flow rate at the tip, which means a larger fan is needed to provide more flow and greater pressure gain.

Up to the Customer

The battle against ice on blades will continue as wind-energy markets expand into colder regions. When entering a new region, blade manufacturers need to work closely with customers, alongside meteorologists, to deepen their understanding of the weather conditions blades will face throughout their 20-year lifetime. Demand for systems to combat ice is growing, and the pressure to decrease the levelized cost of electricity (LCOE) from wind will drive ongoing improvements in the cost and efficiency of the technology.

To continue to compete in colder climates, research is key. So, as long as the winter winds blow outside, engineers will be found inside LM Wind Power’s Ice Lab developing the next generation of de-icing and anti-icing technologies. 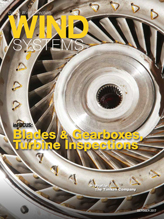