“This pioneering project would demonstrate floating wind turbine technology capable of tapping the rich wind energy resources in deep waters offshore Oregon,” Secretary of the Interior Sally Jewell said during a February announcement. “As we look to broaden our nation’s energy portfolio, the innovative technology and its future application hold great promise along the West Coast and Hawaii.”

The West Coast holds an offshore capability of more than 800 GW of wind energy potential, according to the National Renewable Energy Laboratory, which is equivalent to more than three quarters of the nation’s entire power generation capacity. Total U.S. deepwater wind energy resource potential is estimated to be nearly 2,000 GW.

Principle Power, which received $4 million in Department of Energy funding for its advanced technology demonstration project, submitted an unsolicited request to BOEM for a commercial wind energy lease in May, 2013. As an initial step in the leasing process, in September, BOEM issued a Request for Interest (RFI) in the Federal Register to determine whether there were other developers interested in constructing wind facilities in the same area proposed by Principle Power, Inc. The RFI was also the first opportunity for public comment on site conditions and multiple uses within the proposed lease area. The public comment period closed on October 30, 2013.

BOEM received 18 responses to the RFI, none of which expressed a competitive interest in the area proposed by Principle Power, Inc. Accordingly, BOEM published a Determination of No Competitive Interest in the Federal Register. The majority of the comments submitted to BOEM discussed potential effects on commercial fisheries, which BOEM will consider during the course of evaluating the project.

Under the noncompetitive process for which Principle Power qualified, the company may now submit a plan for the proposed lease area to BOEM. BOEM will then complete a National Environmental Policy Act analysis, which includes opportunity for public comment, before making any final decision on lease issuance and plan approval.

Principle Power will seek to site its project within a 15-square-mile proposed lease area. The project is designed to generate electricity from five floating “WindFloat” units, each equipped with a 6 MW offshore wind turbine. The turbines would be connected by electrical cables and have a single power cable transmitting the electricity to the mainland. The facility, sited in about 1,400 feet of water, would be the first offshore wind project proposed in federal waters off the West Coast and the first in the nation to use a floating structure to support offshore wind generation in the Outer Continental Shelf.

Further details of the lease request can be found on the BOEM website: www.boem.gov/Renewable-Energy-Program/State-Activities/Oregon.aspx

Further information on the WindFloat Pacific project can be found at: www.windfloatpacific.com. 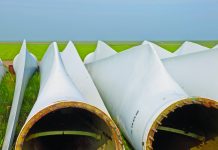 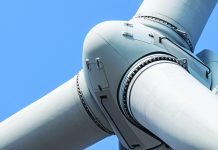 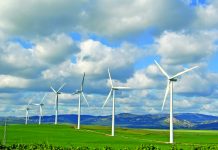