“The agreement with Clean Line allows us to potentially realize the benefits from owning important new energy infrastructure while maintaining our commitment to provide long-term, reliable and affordable electric power to our members,” said Edd Hargett, general manager of ETEC.

The Plains & Eastern Clean Line represents a $2 billion investment in infrastructure that will provide low-cost renewable energy to the Mid-South and Southeast regions of the United States, areas currently lacking access to renewable, affordable energy. The Plains & Eastern Clean Line will help unlock more than $6 billion in investments in new wind farms that could not otherwise be built due to the limitations of the existing electric grid. The infrastructure project will create demand for thousands of jobs in manufacturing, construction, and operations while meeting the increase in demand for additional electric transmission capacity to deliver renewable energy.

“We are thrilled to sign an agreement with the East Texas Cooperatives allowing the option to own a part of the Plains & Eastern Clean Line. As the permitting and regulatory processes advance, we look forward to welcoming more participants in the project,” said Michael Skelly, president of Clean Line. “This is a great step forward for the Plains & Eastern Clean Line, and we commend the East Texas Cooperatives for their commitment to adopting innovative infrastructure in order to improve clean energy delivery while keeping costs low.” 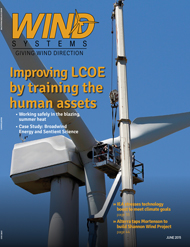 Siemens to Supply 141 Turbines in New Mexico and Texas