Many of the world’s most influential companies have committed to using 100 percent renewable electricity by 2020 under RE100.

“There’s a reason why it’s called RE100 — not RE95,” Lindberg said. “Corporates are demanding renewable energy for all operations in all regions where they operate.”

I-RECs are now being introduced in a growing number of countries, including countries in the Gulf region. With I-RECs from ECOHZ, companies can now for the first time use an internationally recognized and valid tracking system to document that the electricity they consume in the Gulf comes from renewable energy sources.

I-RECs are a global standard used in regions where no similar documentation scheme exists. Companies can buy I-RECs to document and report the energy they consume outside Europe and North America comes from renewable energy sources.

ECOHZ has been a driving force in the global development of I-RECs, including making I-RECs available in new markets. In 2015, ECOHZ was the first to provide I-RECs from major Asian markets and began offering I-RECs in both Honduras and Turkey in the following year. ECOHZ is developing a global portfolio of I-REC power plants, with the aim of providing companies a wide selection of options covering most regions in the world.

For more information, go to www.ecohz.com 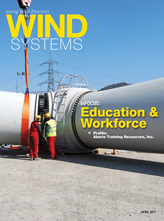