Wind towers founded on spread footings may occasionally settle as a result of incomplete soils information or inadequate subgrade preparation. When excessive total or differential settlement occurs to wind towers founded on fine-grained soils, soil fracture grouting may be the correct solution for releveling and providing long-term support. For foundation applications, soil fracture grouting is most commonly used as a remedial measure to counteract ongoing consolidation settlement in fine-grained soils, or for the pretreatment of marginally stiff, fine-grained soils that might otherwise require the use of deep foundations.

Soil fracture grouting—also known as compensation grouting, or soilfrac—is the locally confined and controlled fracturing of the ground with neat fluid grout at pressures in excess of the hydro-fracture pressure. The bearing capacity and shear resistance of the in situ soils is increased, and heave is induced to counterbalance settlement. The technique can be selectively controlled to produce deflection of varying amounts at specific locations. Soil fracture grouting has generally found a commercial niche in its application in fine-grained soils where permeation and jet grouting are not possible. Ground improvement via soil fracture grouting is based on three mechanisms:

1) The soil unit, or skeleton, is reinforced by a series of hard grout lenses which propagate out from the injection point to form a matrix of hard grout and soil;
2) The fluid grout finds and fills voids and causes some compaction in more coarse grained soil along the grout lenses;
3) The plasticity index of saturated clays decreases through the exchange of calcium ions originating from cement or other fillers.

Rubber sleeves (manchettes) cover each injection port and serve as one-way valves that open during injection and collapse onto the ports after injection. The TAM pipes are installed in boreholes in a designed pattern beneath a foundation to allow injection over the entire foundation area. Depending on site access, TAM pipe inclinations can range from vertical to horizontal to create a treatment zone. Once the TAM pipes have been inserted into the borehole, the space between the TAM pipe and borehole wall (annulus) is filled with a weak but stiff grout that seals and stabilizes the borehole and holds the TAM pipe in position. A pneumatic packer is then pushed into the TAM to a specified injection point. Rubber seals at each end of the packer are hydraulically inflated to isolate the injection port. The initial pressure of the fracture grout breaks through the annulus, permitting it access to the soil. Once the hydro-fracture pressure of the soil is exceeded, fractures open up in the soil and are immediately widened by the subsequent grout.

Once the target grout zone has been reinforced and the structure has been releveled, monitoring must continue to assess long-term stability. TAM pipes can remain in the ground beneath the foundation for many years, allowing for repeated injections to further relevel and stabilize long-term movements created by secondary consolidation.

An effective quality control program requires that all stages be monitored and fully documented. Automated, real-time monitoring of structural movement is accomplished with water level systems or electro levels during injection to verify the effectiveness of the work. Grout mix, injection pressure, volume, and pump rate are also carefully designed based on the ground conditions, and monitored to help to ensure effective production work.

For more than 25 years soil fracture grouting has been used to lift and relevel foundations of structures including bridge piers, electrical equipment pads, and high- and low-rise buildings throughout Europe and North America. Wind tower construction can take advantage of this effective, cost-efficient alternative to complete reconstruction of the foundation system. 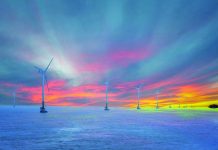 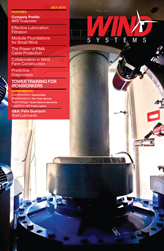 The technology and concept behind soil mixing

Measuring and accounting for the gap between expectations and results