Home inFocus How do offshore wind farms change the wind?

The start of a new research project on wind-energy utilization could change the way wind farms are expanded on a large scale.

November saw the start of the X-Wakes “Interaction Between the Wakes of Large Offshore Wind Farms and Wind Farm Clusters With the Marine Atmospheric Boundary Layer” research project, which is being funded by the Federal Ministry for Economic Affairs and Energy (BMWi) to the tune of 3.4 million euros over a period of three years.

In the scope of X-Wakes, the researchers will be investigating how the wind conditions in the German Bight could change if offshore wind farms are expanded on a large scale. The project team will use data from extensive measurement campaigns and high-fidelity modeling approaches to improve industry models that are afterwards used to analyze the impact of the offshore wind farm cluster expansions.

The federal government’s plans for the energy revolution in Germany foresee a share of at least 80 percent of the gross electricity consumption being covered by renewable energies by 2050. Offshore wind energy represents an important mainstay in this goal. The wind blows more continuously and powerfully at sea, but the area of the German Bight available for wind energy use is limited, so wind farms are usually constructed in groups, known as wind-farm clusters. These clusters can comprise up to several hundred wind turbines. Wakes with low wind speeds and heavy turbulence develop in the wind shadow behind the turbines, while upstream the wind speed is reduced due to blockage effects. Thus, turbines in these wakes produce less energy and are exposed to greater loads. Under certain atmospheric conditions, these wakes can extend for distances in excess of 50 kilometers.

“In our X-Wakes research project, we want to investigate these wakes and other accumulative effects such as the global blockage effect in more detail and discover how the wind farm clusters influence each other as well as what consequences a large-scale expansion of the offshore wind farm would have on wind conditions in the future,” said project coordinator Dr. Martin Dörenkämper of the Fraunhofer Institute for Wind Energy Systems (IWES). “We hope to use the data gathered during the project to further develop our existing models in order to be able to predict the yields of the wind farms for future expansion scenarios under realistic conditions.”

The researchers are employing a combination of complementary methods in the project. Stationary measurements at different locations in the German Bight, e.g. on wind turbines, converter stations, and the FINO long-term measurements deliver meteorological data continuously, and the extent of the wakes is analyzed on a large scale with the aid of satellite-based remote sensing data.

In addition to the Fraunhofer IWES and the TU Braunschweig, five more research partners are involved in the cooperative project: the Karlsruhe Institute of Technology (KIT), the University of Oldenburg with the ForWind  — Center for Wind Energy Research, the University of Tübingen, the Helmholtz-Zentrum Geesthacht Center for Materials and Coastal Research, and UL International GmbH.

The project consortium is supported by the associated partners Innogy SE, Vattenfall, RWE Renewables, Nordsee One GmbH, and Tennet TSO, who are providing wind-farm data and access to their offshore infrastructure for measurements. In addition, the German Meteorological Service (DWD) and the Federal Maritime and Hydrographic Agency (BSH) are also available to the project partners in an advisory capacity. 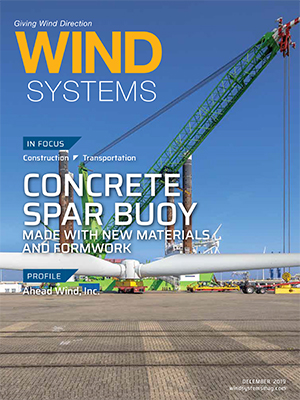