Since commissioning the European Offshore Wind Deployment Centre (EOWDC) earlier this year, the Swedish energy group Vattenfall has been measuring important wind parameters with Romo iSpin technology to monitor the performance of each of the 11 enhanced MHI Vestas V164 8MW class wind turbines. The iSpin equipment was installed as part of the turbine supply contract.

“With iSpin technology, Vattenfall will be able to detect deviations in the power curve, allowing them to remedy the problem and minimize energy losses,” said Brian Sørensen, CEO of Romo Wind.

With its advanced wind measurement capabilities, including turbulence intensity, yaw misalignment, and inflow angle measurements, in addition to wind speed and direction, the iSpin equipment is an enabler for load calculations and assessments as well as the optimization of the turbines in terms of wake effects.

Vattenfall has been developing and operating wind power in the U.K. for the past 10 years and is taking the lead in offshore wind innovation. It recently started operations at the EOWDC, in Aberdeen Bay. The cutting-edge wind farm will be a test bed for offshore wind innovation. The innovation deployed at the EOWDC will help increase productivity and reduce the cost of energy produced at the 11-turbine scheme. 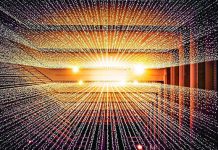 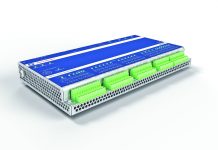