During the last years, wind power integration has been increased around the world. In many cases, wind farms are situated in remote locations without grid adapted infrastructures. Other times they are operating within other complex grid configurations along with dynamic systems (FACTS) for power flow optimization or even, they are simply supporting renewable market strategies in islands. These and other new scenarios make distribution and transmission systems more susceptible to disturbances such as voltage dips, harmonics, frequency variations, and other interactions in general.

The analysis of these power grids becomes a critical task to ensure the stability and reliability of the future power system. Therefore, looking forward on the possible future challenges in the wind systems’ integration, Ingeteam is working on the role of the power converters in these grids. The work presented in this article is one of the several analyses carried out in this framework.

Here, a specific phenomenon is discussed; the sub-synchronous control interactions (SSCI). This is a relatively new event that could be considered within the sub-synchronous resonant (SSR) events. These phenomena are characteristic in long-distance transmission grids with series compensated capacitors banks. In a general way, sub-synchronous frequency is related to those frequencies under the nominal frequency (e.g. 60 Hz in North America) and resonance is usually associated to the tendency of a system to amplify oscillations at some frequencies.

The first time the SSR was recognized in an electric grid was in 1970 in southern Nevada. In that case, a synchronous generator unit became radially connected to a series compensated transmission line. One of the natural oscillation frequencies in the mechanical shaft matched the natural oscillation frequency of the series compensated transmission line, and both systems started exchanging energy. This condition led to an uncontrolled growing of the shaft torque oscillations causing damages in the generation plant. After this first sub-synchronous mechanical torque amplification event, other sub-synchronous resonance phenomena have been analyzed and documented. This way, in the literature can be found sub-synchronous torque iterations (SSR TI), sub-synchronous torque amplifications (SSR TA), and an electrical phenomenon called the induction generator effect (IGE). This last effect is caused by self excitation of the electrical system, in the particular case of induction generators connected power systems with very low natural frequencies. Anyway, most of these events show a common factor where the mechanical part is mainly involved.

A New Event
The growth of wind power has allowed installing many wind generation systems over the world. As new generation systems, these technologies have been integrating on the existing electric transmission systems, where new challenges have surfaced. After almost 40 years of the first documented SSR event, a new incident took place not so far away from Nevada.

On October 22, 2009, two wind generation systems and a series compensated line in the electric transmission system of Texas experienced a sub-synchronous incident. At 6:04 a.m.,a downed static wire caused a fault on a line and its disconnection. During this disconnection, the wind generation systems were radially connected to a series compensated transmission line.

At this point, sub-synchronous oscillations started becoming greater, affecting both grid voltages and currents. Only 200ms after the disconnection of the faulted line, the wind turbine equipment exceeded its electrical ratings. In fact, the voltage of the transmission system had reached 1.5 per unit value causing damages on wind turbine systems. After this, the voltage continued increasing to around 2 per unit value causing more system damages. Finally, 1.5s after the start of the event, the sub-synchronous oscillation was damped. Summarizing, this event left many of the wind turbines severely damaged. Mainly all of these wind turbines were based on Doubly Fed Induction Generator (DFIG) topologies.

The fast increase on voltage and current during the event discarded the interaction between a mechanical shaft and the series compensated line. The behavior itself suggested that it was caused by an IGE phenomenon.

Nevertheless, it was believed until that day that DFIG wind turbines could not present such effect. Further analysis of the event showed a negative dumping caused by the DFIG wind turbines’ control system. This way a new sub-synchronous effect was found, which was named as Sub-Synchronous Control Iteration (SSCI).

SSCI: Case of Study
Simulation modeling is necessary in order to analyze the SSCI phenomenon in a correct way. In fact, both grid transmission systems and wind turbines involve complex configurations, and their behavior is not trivial. Furthermore, there is not much experience about the operation capacity of grid-connected DFIG wind turbines against sub-synchronous oscillations.

Regarding grid configuration, a simplified radial test system was proposed by ERCOT, who operates the electric grid and manages the deregulated market for 75 percent of Texas. Figure 1 shows an approach of the grid model. This model has been adapted and scaled by Ingeteam in order to make it compatible with its simulation tools and wind turbine models. It has allowed testing different operation algorithms from the most standard strategies to the advanced control techniques.

The preliminary analysis performed on this scenario provided some interesting results. On one hand, the series capacitor on the compensated line was the main responsible on the magnitude of the event. Also, the event could occur at almost any operation  point of the wind turbine if standard regulation techniques had been implemented.

As regards to the wind turbine and the behavior of its electromagnetic variables during the event, the same sequence was observed in all the cases. When the wind farm became radially connected to a series compensated line, the sub-synchronous oscillations were amplified because of using a standard control in the wind turbines, becoming the whole electrical system instable. In a detailed way, the sub-synchronous oscillations caused by grid breakers operation started interacting with the control strategy of the wind turbines. As a result, the voltage and current oscillations became greater. When the voltage and current oscillations reached a predefined limit, crowbar systems were activated in order to protect the wind turbines. This action made the system even more unstable. Finally, because the grid voltage reached the maximum tolerable limit by the wind turbine, they went to the emergency state where they disconnected from the grid. Figure 2 shows an example the behavior of the voltages and currents under the SSCI event on a DFIG wind turbine. Furthermore, it is possible see the active and reactive power profiles exchanged with the grid.

Proving Intelligence to Power Electronics
As it has been concluded, the control strategy implemented in the wind turbine has a main role in this event. Different proposals could be considered for SSCI mitigation, from external auxiliary damping devices located in the substation such as STATCOMs or tuned filters to specific control strategies on wind turbines.

Ingeteam is focused on improving the operation of wind turbines in order to intelligently protect against any grid disturbances. This way, the main aim is to provide robustness to the control system on the wind turbine with the capability of being able, not only to stay connected to the grid during this type of events, but also supporting to the grid stability and its reliability.

Another solution that could be proposed is based on modifying the control architecture of the wind turbines. This second solution proposes the operation of the grid side converter as an active filter. For this purpose, an additional control loop is integrated in the control system. This new loop adds a current demand to the current control loop reference signals in order to compensate the sub-synchronous frequency component. To determine the amount of the compensation added to the current controllers, a control loop based on proportional-integral (PI) controller and a feedback signal of the sub-synchronous current on the stator of the generator is used. The main drawback of this solution is that the grid side converter usually manages the third part of the wind turbine rated power in DFIG type turbines. Therefore, the damping capability of this solution is limited. During the SSCI event, at the wind turbine terminals, the grid side converter will try damping those oscillations while other subsystem with higher rated power composed by, the rotor side converter, the generator and the crowbar system, could be involved on the increase of the sub-synchronous oscillations. Consequently, this solution where two subsystems are working against each other may not be the most efficient solution.

Ingeteam has evaluated these and other operation strategies in a deep way. As a result, it has developed a new technology for power converters in order to provide them the necessary intelligence to mitigate these events. In fact, these new strategies are able to increase the reliability of wind turbines against SSCI and other grid disturbances in an efficient way.

Figure 3 shows a simplified control diagram oriented to SSCI mitigation. In order to facilitate its understanding a standard control technique is presented, which it has been modified with an advanced SSCI management algorithm.

The SSCI management algorithm is added to the current controllers at the rotor side converter because the grid side converter by itself has not the tendency to amplify the sub-synchronous oscillations. Thus, it has the capability to turn the subsystem composed by, the rotor side converter, the generator and the crowbar system on a stable subsystem which helps damping the grid voltages during a SSCI event. Furthermore, this control improvement has the capability to operate continuously adapting it to any grid conditions and damping any sub-synchronous frequency. Figure 4 shows the resulting behavior when a SSCI event occurs and the SSCI management algorithm is operating. As can be seen both the voltages and currents are damped, minimizing the effect of grid disturbance. In fact, the active and reactive power profiles exchanged with the grid at the sub-synchronous frequency are reduced quickly, improving the stability of the grid.

Trends
The SSCI management algorithm has been verified by Ingeteam and it is available for the field under the INGECONTM product series, see Figure 5. The intelligent power converters could have a key role in future grid configurations. In fact, the development of new technologies, oriented to provide intelligence to power converters such as the ability of identify, characterize and operate properly under any undesirable grid condition, could ensure the optimum operation of the future power system in a reliable and efficient way. 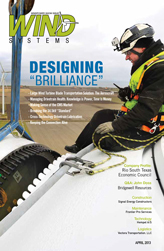