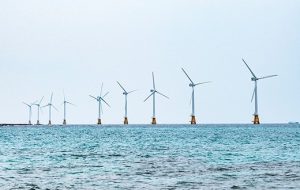 The TÜV NORD experts in the renewable energy sector are starting the new decade with an exceptional project.

The team recently began carrying out its first project certification in accordance with the innovative, internationally recognized IECRE OD-502 scheme. The installations to be certified are the Dutch offshore wind farms Hollandse Kust Zuid 1&2 and 3&4, which together make up one of the most high-performance wind farm zones in the world.

“We’re delighted to be able to apply such an advanced scheme to this kind of lighthouse project, which is a milestone for the entire wind energy industry,” said Silvio Konrad, TÜV NORD general manager with responsibility for the energy sector.

As recently as fall 2019, TÜV NORD was one of the first certification bodies to be acknowledged by the International Electrotechnical Commission Renewable Energy (IECRE) for project certification in accordance with the new OD-502 scheme. Hard on the heels of this achievement came the first order from the Swedish energy company Vattenfall. For the planned wind-farm zone, Hollandse Kust Zuid, Vattenfall initially opted for TÜV NORD to carry out the design inspection and certify not only the foundation and supporting structure work but also the design of the cabling within the farm. Vattenfall then also commissioned TÜV NORD to certify the execution phase. This includes the inspection of the components onshore, transport of the components to the offshore zone and their installation there, and commissioning of individual plants. 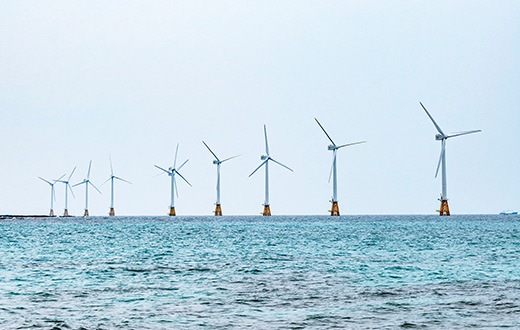 “Thanks to the two assignments, we will support our partner Vattenfall in every step of the project to ensure that the new wind farm zone is constructed and commissioned safely and quickly,” said Dr. Britta Schacht, senior vice president Certification Renewables at TÜV NORD.

Hollandse Kust Zuid 1&2 and 3&4 will set new standards in many ways. The wind-farm zone will include approximately 140 Siemens Gamesa SG DD-193 wind turbines, each with an output of up to 11 MW. This will result in a total output of 1.5 GW, enough to supply 2 million to 3 million households in the Netherlands with electricity. This makes the wind farm zone, which is being built between 18 to 36 kilometers off the Dutch coast in the North Sea, one of the largest in the world. This project is also of particular importance because, thanks to the gains in efficiency due to technological progress, Hollandse Kust Zuid 1&2 and 3&4 will be the world’s first non-subsidized offshore wind farms. Furthermore, they are being built with a short construction period; it is anticipated that commissioning will begin as early as 2022.

The Business Network for Offshore Wind’s International Partnering Forum (IPF) is the leading technical conference for offshore wind in the United States and is dedicated to moving the industry forward.

Offshore wind brings new revenue streams and thousands of jobs to the US. The 2 1/2 days are packed with a cutting-edge educational program, top-notch exhibitors and abundant networking opportunities. Let’s work together to keep moving this new US industry forward.