RenewableUK has welcomed a report by Policy Exchange that demonstrates that onshore wind is on course to be cheaper than new gas generation, so it needs to be central to the UK’s efforts to decarbonize our electricity supply at lowest cost to the consumer.

According to the Policy Exchange’s report “Powering Up,” the future of onshore wind in the UK estimates that the cost of onshore wind should fall to £60/MWh by 2020 as a result of using technology advances and a focus on sites in high wind speed areas of the country, predominantly Scotland. This continuing cost reduction make onshore wind cost competitive with new gas plant and significantly cheaper than other options, including nuclear.

The report recommends ways for onshore wind to continue on a subsidy free basis as part of the UK’s Contract for Difference scheme.

“The case is clear. Onshore wind is the lowest cost option for Government if we are to decarbonize and replace old capacity set to close over the next few years,” said Maf Smith, RenewableUK’s Deputy Chief Executive. “Onshore wind is supported by a clear majority of the British public and is a great British success story, delivering high UK content and investment into the UK economy. The further north we go in our economic powerhouse, the greater the economic importance of onshore wind.”

The industry shares Government’s ambition to end subsidy, and this report confirms that onshore wind has now arrived at the point where it can compete head-to-head with high carbon alternatives like gas. The challenge is how Government supports onshore wind moving into a competitive marketplace. 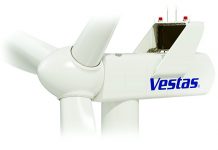 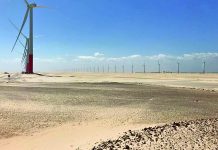 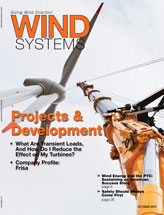 An Investment in Wind Research