A wind farm is essentially a large power plant that can end up costing millions of dollars. Financing that wind farm usually involves two important pieces: assessing the energy available at the anticipated location and determining the type of equipment that will be used to capture that energy.

NRG Systems, Inc. has been helping wind developers with the first piece of that puzzle for more than 36 years.

“Our primary role is to help wind developers ‘de-risk’ their projects so they can achieve the lowest possible financing rates,” said David Hurwitt, vice president of Global Marketing and Product Management for NRG. “If you’re a banker trying to put money to work in a wind farm, the way you get paid back is by that wind farm producing as much energy as you predict it’s going to produce. If you’re uncertain about the answer to that question, that creates more risk, which leads to higher rates, a more expensive project, and more expensive electricity. By creating better sensors and more accurate resource assessment technology, we are helping developers collect reliable data, which ultimately leads to less risk and less expensive electricity.”

NRG has spent decades perfecting its technology for wind measurement, as well as building relationships and developing its manufacturing capabilities, all while expanding globally with the industry, according to Hurwitt. Those developments created a niche market for NRG that led to the company being involved in about two-thirds of all wind development on the planet.

“We started in the early ’80s putting up towers and anemometers,” he said. “We have spent a lot of time perfecting those things. We make taller towers. We make more sensitive anemometers and other sensors. About a decade ago, we helped pioneer the introduction of Lidar into the wind measurement space when we became a distributor for one of the early Lidar manufacturers working in the wind-energy market.”

In 2018, NRG acquired its own Lidar technology, Spidar, from an Israeli company (Pentalum Technologies), in order to develop that technology further and bring it to every market in the world. What sets Spidar apart is its use of Pulsed Direct Detect Lidar technology to deliver precise, bankable wind-measurement data at a significantly lower cost than conventional Doppler Lidar, according to Hurwitt.

“Lidar has mostly been a developed-world solution,” he said. “It’s expensive and is often too costly for measurement campaigns in most areas of the world. If you go to parts of China, India, Southeast Asia, Latin America, they use very tall met towers because they are still reasonably inexpensive.”

But with the introduction of low-cost Lidar options, Hurwitt said Lidar will become more competitive with towers in developing markets.

“It’s going be a real game changer for us as we start to bring Lidar to the rest of the world, and we’re really excited about rolling that product out in the next year,” he said.

Having the proper technology and equipment is important, to be sure, but it ultimately means nothing unless potential customers are cultivated and taken care of properly, according to Hurwitt.

“NRG is a very customer-centric organization,” he said. “We believe passionately in the mission of what we do. But all of our customers already believe passionately in the mission because they are renewable-energy companies. Once you realize that you’ve got kindred spirits, then it’s a question of: How well are you listening to those people? So we spend a tremendous amount of time across our organization in the field with our customers — literally in the field — helping them to tilt up towers and make adjustments to products. We spend time on the phone with them. We go visit them in their offices. We help them analyze data. We really think that the wind industry, like most industries, is best served when you’re really listening to your customer and responding to them.”

Part of that customer success is simply because NRG is easy to deal with, according to Hurwitt.

“We put a premium on simplicity,” he said. “We recognize that a lot of the things that our customers go through is really hard, and working with us shouldn’t be one of those things. If you’re developing a $100 million wind project, you’ve got a fair amount of pressure built into the system, so you need to make sure that the products that you’re buying from us are easy to understand, easy to order, quick to receive, with a limited amount of packaging, because if you’re putting a met tower up on a remote location in Thailand, you might have to pack that equipment on donkeys.”

“We make sure that you have all the right tools — that you have standard size bolts, everything that you would think of to make your life easier to both acquire, own, operate, and service all of your products,” Hurwitt said. “So, keeping it simple and thinking it through from a customer’s perspective, I think, is a distinguishing factor for us.”

Being involved in renewable energy also means NRG is heavily involved in making a better future for the planet, according to Hurwitt.

“We have been a leader in the environmental side of wind-farm development for a long time,” he said. “We helped found an industry association called the American Wind Wildlife Institute.”

Through that organization, NRG partnered with two other organizations to develop technology to keep bats away from wind turbines, according to Hurwitt.

“At our customer’s request, because they recognize us to be the easy-to-do-business-with company that I mentioned, as well as a company that has a tremendous amount of experience helping to create products that last in harsh operating environments and work effectively with wind turbines, we are getting ready to commercialize our Bat Deterrent System,” he said. “The pioneering technology essentially creates an ultrasonic field around the rotor-swept area of a turbine that effectively ‘jams’ the echolocation capabilities of bats, which they rely on for communicating, orienting, and foraging. If the bats can’t echolocate around wind turbines, they will realize that it’s not productive feeding for them and turn away, ultimately making their way to safer airspaces.”

“On the post-construction side, we make turbine-control sensors, which go on turbines and help them to operate at peak efficiency,” Hurwitt said. “And we’re looking at a range of other products that we can bring to that market to help existing assets run more efficiently. As the installed base grows, so grows the demand for O&M. And not just for sensors that work better, but sensors that help you to identify ways to increase your power production. That’s a focus area for us, and you’ll see some new things coming from us in the future on that.”

On that note, wind isn’t going anywhere, and the positive message and results wind energy have to offer will continue to grow, according to Hurwitt.

“The industry, I would say, will be the most common energy source out there,” he said. “It will be widely recognized as both the lowest cost and the most environmentally friendly source of energy. And the average consumer’s perceptions on wind have greatly improved, and I think that will only get stronger. Non-utility off-takers, the commercial off-takers, the corporate off-takers of the world, are doing a terrific job in helping to bridge that gap between the utility industry and the average consumer. That trend will continue and be very positive for wind.”

And NRG expects to continue to capitalize on that as the industry grows, according to Hurwitt.

“We’re going to be a much more diverse company than we’ve been,” he said. “We’ll be servicing people, as we’ve been doing, all over the world, but we’ll have a range of products in both pre-construction and post-construction, and we’ll be bringing new technologies like Lidar and ultrasonic bat deterrence and some other new things to the market, including solutions that people haven’t even conceived of today.” 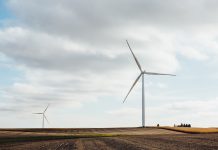 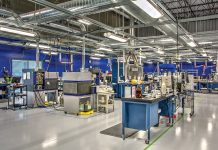 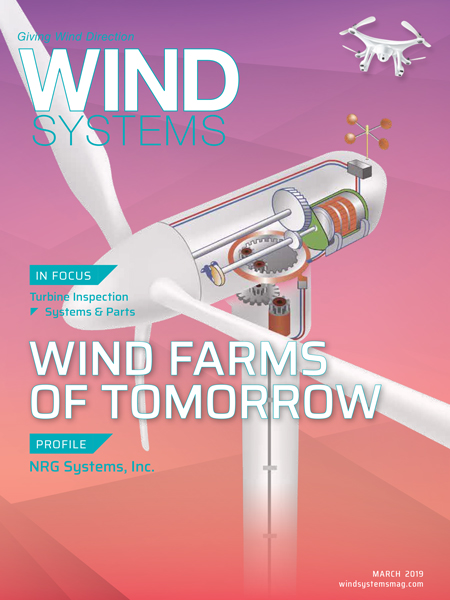