In the U.S. there are two distinct types of fasteners (bolts) used in wind turbines. One is of metric sizing and the other is a U.S. standard. Metric fasteners tend to cost more in the U.S. as they are still not the norm for our American society.

If a fastener needs to be replaced and you have to call in an order to make the replacement, you may have to determine what type of fastener it is.

In order for a tech to select the correct fastener, he needs to be able to first determine if the fastener that is to be replaced is a standard bolt or a metric bolt.

For bolts this is usually pretty easy. Metric bolts have numbers marking the top of the bolts; while standard bolts typically have hash marks.

The number of hash marks on the top of the bolt determines the grade of the bolt. Metric bolts used in wind have markings such as 8.8, 9.8, 10.9 and 12.9. If you see markings like that, you know it is a metric fastener.

Confused yet? Okay, well just so you know: the larger the number, the better the grade of the bolt.
But there is still more to know. Sometimes you can replace a metric fastener with a standard fastener to save time or money, or in cases when the metric bolt isn’t readily available and you need to quickly get a turbine back online.

The nuts that are used on the bolts are not typically identified and if you had a mixed bag of standard and metric of similar size you would have to test-fit them on the threads to see if they are metric or standard. There is much more, but let’s move on.

It pays to know your washers too. There are a few different types of washers used in wind. Without going into all the different types of washers, let me give you one hint on using washers on critical connections: Always use “hardened” washers. This is because you don’t want to use a soft washer in a critical load path in which the washer can be squeezed, squished out, and thinned.  If it thins out, the bolt will loosen and the connection can fail. This can make you think that you didn’t properly tension your bolt! Using hardened washers will help prevent the washer from causing a failed connection. If you don’t know if the washers are hardened, don’t use them.

Let’s discuss tensioning fasteners a little bit further. Have you ever taken a spring and placed it in tension? Take, for example, the spring from a retractable ball-point pen. At some point, most anyone who works with machinery has disassembled a ball-point pen. If you pull the spring in tension a little bit and then let it go, the spring returns to its original shape. You can pull harder on this spring and it will continue to return to its original shape when you let go. At some point, however, if you pull it hard enough, the spring will reach its “yield point,” and will not return to its original shape when released. This is very similar to a bolt that is being tensioned. We typically are instructed to tension a bolt to within 75 percent or greater of its yield strength. If we over-tension the bolt, it will exceed its yield point. An over-tensioned bolt is just like that over-stretched spring. The bolt becomes damaged and will not function correctly to maintain its tension.

Notice that I said “tension” and not “torque.” When we torque a bolt, we are basically trying to achieve the proper tension. Many things can affect the resulting tension while torquing a bolt. Dirty bolt threads will cause increased friction and can result in a lower tension than expected. The same size bolt with clean and oiled threads will result in more tension while applying the same torque  Did you know that if you handle the threaded portion of a bolt with your hands, that the oil from your skin is enough to affect the friction of the bolt and can result in a tension higher than expected? I find it much easier to use lubricated torques for consistent results and it takes less physical effort to achieve the target tension.

There is much more to cover but hopefully this has  raised some curiosity and improved your understanding of fasteners used in the wind industry.

As always, work as safe as possible, and work to prevent surprises. 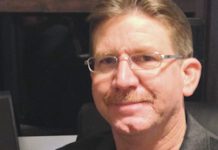 Beyond The Turbine: Understanding The Collector System 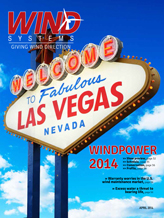 Beyond The Turbine: Understanding The Collector System

Obtaining A True Measure Of How Well Your Wind Farm Is Running Requires A Methodical, Comparative Approach