Magnets are being used to lower costs, improve reliability, and increase maintenance intervals in many wind farms around the world.

Permanent magnets play a critical role in some of the world’s largest wind turbines. Rare earth magnets, such as powerful neodymium-iron-boron magnets, have been used in some wind-turbine designs to lower costs, improve reliability, and reduce the need for expensive and ongoing maintenance.

In 1831, Michael Faraday created the first electromagnetic generator. He discovered that an electric current can be created in a conductor when it is moved through a magnetic field. Nearly 200 years later, magnets and magnetic fields continue to play an integral role in modern electric power generation. Engineers continue to build upon Faraday’s inventions, with new designs to solve 21st century problems.

Some utility scale wind-turbine designs use induction generators to produce electricity. Induction generators use electromagnets designed into a rotor assembly to create a magnetic field. These electromagnets take a small amount of current from the power system to generate a magnetic field in the rotor, which is then rotated within the generator near stationary coils of wire. This rotating magnetic field induces a large current in the stationary coils of wire, which can then be used to power homes, schools, and businesses.

This design typically requires slip rings to power the electromagnets and a gearbox to convert the low rotational speed of a turbine shaft to the higher speeds that induction generators require in order to produce electricity. These gearboxes can be massive, typically weighing between 15 and 80 tons. The added weight of a gearbox requires designers to build stronger (and more expensive) towers. Gearboxes also require ongoing periodic maintenance, which can be challenging in certain applications, such as offshore windfarms. In addition, gearboxes cause friction losses and reduce overall efficiency.

A permanent magnet synchronous generator is an alternate type of wind-turbine generator. Unlike induction generators, these generators use the magnetic field of strong rare-earth magnets instead of electromagnets. They do not require slip rings or an external power source to create a magnetic field.  They can be operated at lower speeds, which allows them to be powered by the turbine shaft directly and, therefore, do not require a gearbox. This reduces the weight of the wind-turbine nacelle and means towers can be produced at a lower cost. The elimination of the gearbox results in improved reliability, lowered maintenance costs, and improved efficiency. The ability of magnets to allow designers to remove mechanical gearboxes from wind turbines is illustrative of how magnets can be used innovatively in solving both operational and economic problems in modern wind turbines.

Magnetic mounting solutions for ladders and other equipment

The interior of a wind turbine is filled with cables, ladders, and sometimes elevators to allow workers to access the turbine nacelle. This equipment must be secured to the wall of the tower. The traditional solution to this problem was to either drill holes for mounting brackets through the tower wall or to weld brackets directly to the tower. However, drilling holes through the tower wall reduces its mechanical strength and creates opportunities for metal fatigue and corrosion, which can sacrifice the integrity and safety of the tower. Welding brackets directly to the tower requires skilled labor. Both solutions increase overall construction time and cost.

Some wind-turbine manufacturers have developed magnetic mounting systems that securely attach ladders and other equipment to the steel tower walls. This method allows equipment to be secured to the tower without the need to drill holes or weld brackets to the tower walls. This progressive mounting solution reduces construction time and costs without causing opportunities for either metal fatigue or corrosion and is yet another illustration of how magnets can be used effectively in solving operational and financial constraints in modern wind turbines. The use of several strong neodymium magnets strategically placed along the entire length of the ladder increases worker safety by securing the ladder in a manner that prevents swaying or other lateral movement that could cause a worker to slip and fall, causing physical harm to individuals as well as operational and financial harm to the company and industry at large.

Sustainability and growth of wind energy as a renewable resource

Wind energy is among the fastest growing sources of energy in the utility sector today. U.S. wind producers are expected to double the existing production capacity from 113 GW in 2020 to 224 GW by 2030. [1]

“The enormous benefits of utilizing magnets in wind turbines to produce a cleaner, safer, more efficient and economically viable source of wind energy has enormous positive implications for our planet, population and the way we live and work,” said Adam Poling, Amazing Magnets Chief Operating Officer.

As such, the company is committed to dedicating multiple resources to this renewable resource and space.

Wind is a clean and renewable fuel source that can be used in the production of electric power. Wind turbines can be used in conjunction with other renewable energy sources to help states and countries meet renewable portfolio standards and emissions targets to slow the rate of climate change. Wind turbines do not emit carbon dioxide or other harmful greenhouse gases, which makes wind-powered energy better for the environment than fossil fuel-based sources.

In addition to reducing greenhouse gas emissions, wind energy provides additional benefits over traditional power generation sources. Nuclear, coal, and natural gas power plants use a surprisingly large amount of water in the production of electric power. In these types of power plants, water is used to create steam, control emissions, or for cooling purposes. Much of this water is ultimately released into the atmosphere in the form of condensation. Conversely, wind turbines do not require water to produce electricity. Wind farms’ value therefore increases exponentially in arid regions where the availability of water is limited.

Perhaps an obvious but significant benefit of wind power is the fuel source is essentially free and sourced locally. In contrast, fuel costs of fossil fuels can be one of the largest operating costs for a power plant and may need to be sourced from foreign suppliers that can create a dependence on interruptible supply chains and can be affected by geopolitical conflicts. This means wind energy can help countries become more energy independent and reduce the risk of price fluctuations in fossil fuels.

Unlike finite fuel sources such as coal or natural gas, wind is a sustainable energy source that does not require fossil fuels to generate power. Wind is produced by temperature and pressure differences in the atmosphere and is a result of the sun’s heating the Earth’s surface. As a fuel source, wind provides an infinite supply of energy and, as long as the sun continues to shine, wind will continue to blow.

Magnets play an important role in some of the world’s largest wind turbines. Wind is one of the fastest growing sources of clean energy. As such, the role magnets play in helping create this clean energy should not be overlooked, as it is aligned with the mega-trend of sustainability and all of its benefits. Magnets are being used to lower costs, improve reliability, and increase maintenance intervals in many wind farms around the world and are also being used to reduce construction costs of new turbines by eliminating the need for more costly equipment mounting designs. 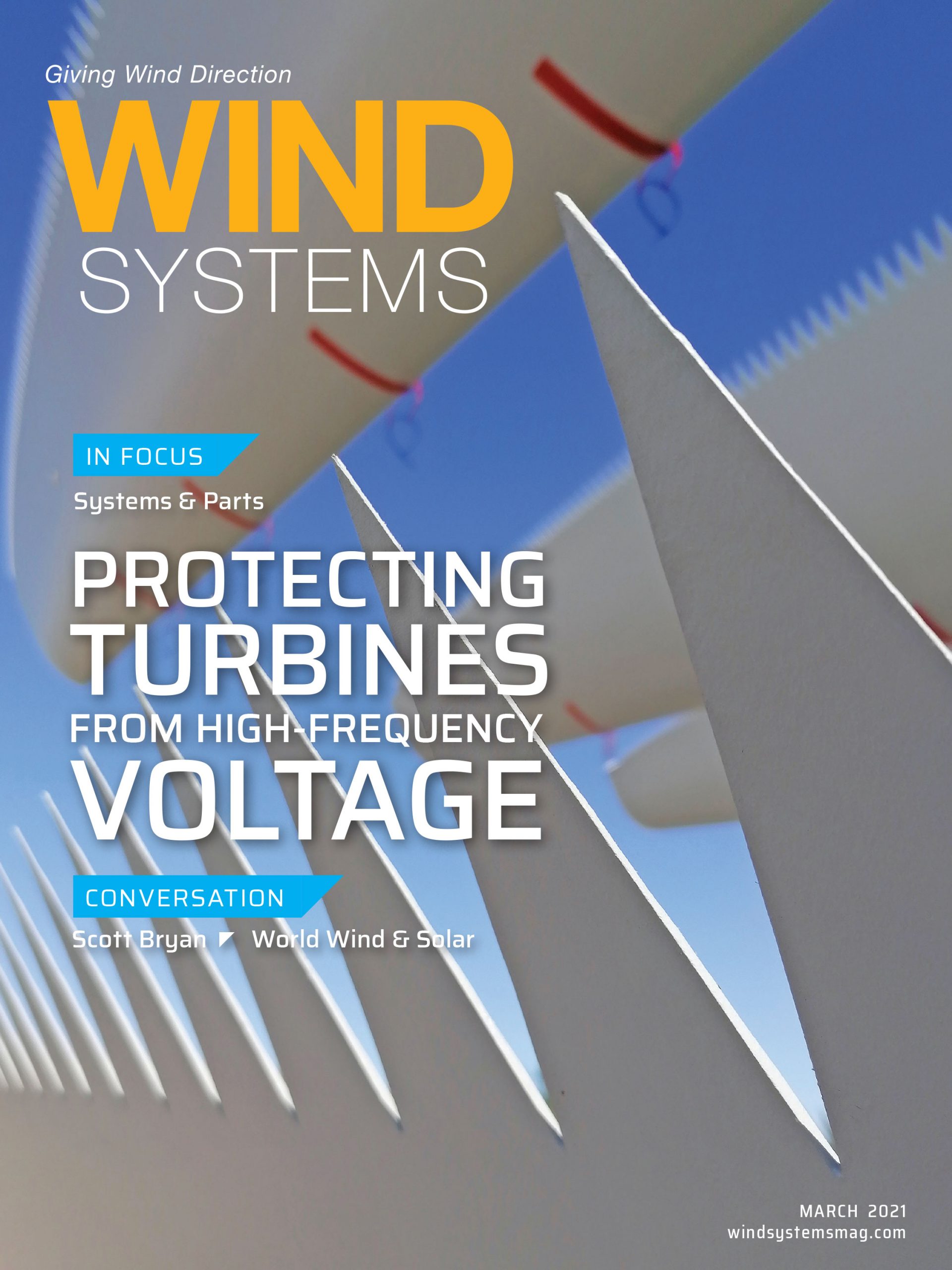