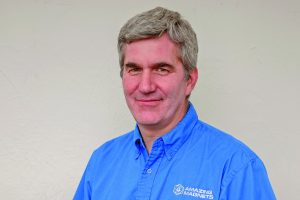 Magnets are used in literally thousands of applications, including wind turbines. Wind Systems recently had the opportunity to talk with Tim Boettcher, president and founder of Amazing Magnets, where he discussed how magnets are created and where they’re used in renewable-energy applications.

What does Amazing Magnets do?

The mission of Amazing Magnets is to design, develop, and produce innovative magnetic products that simplify everyday living. We want to make things easy for customers — easy to order, easy to help them design and engineer, easy to purchase.

Our primary business is to sell to OEMs, so we are selling to people in a variety of industries where they’re developing new products or expanding existing products, and we work with small companies as well as industry leading companies. We sell magnets that are small and magnets that are big. We do incorporate them with metal assemblies and plastic-injection molding. Our goal is to help those end users use magnets to solve problems. We engineer solutions for them. And we sell magnets online. And for the most part, we want to educate our customers and help them really understand how magnets work so they can leverage their unique powers and qualities. Because most people do not really understand magnets, they underestimate what magnets can do.

Are these permanent magnets created from rare-earth elements?

There are a lot of different kind of magnets, and our specialty is neodymium, the rare-earth magnets.

What is your role with the company?

I’m the founder and president, and I give guidance and direction on specific projects, as well as keep the team focused on future goals and help them stay the course. Right now, we’re building our global headquarters in Round Rock, Texas. We’re part of that great migration from California to the Silicon Valley of the Austin, Texas, area. Most of our team is still in Anaheim, California, while the new headquarters is being constructed. I’m overseeing that project, and I lead the engineering and IT teams.

It’s going to be as much a workspace as it is a living and learning laboratory.
Bottom line, what’s so amazing about magnets?

You know, I think it’s funny, because the way we named the company was a result of selling our magnets to my connections I had built over the years, and after delivering our products to them they would say, “Man, that’s amazing!” And I said, “Yep, those are amazing magnets.” And at that time, people didn’t really know much about the rare earth neodymium magnets, because they were more of a rarity. But I think it’s that invisible force and energy that make them truly amazing. People don’t understand how they work, because magnets aren’t something that you can turn off. That force and energy are always there, and it’s always attracting. It’s just fascinating to people. And the fact that even when I was a kid, I had these little magnetic toy dogs that I would put under the table and race them around; it was magical. And we do sell that magic.

How long has Amazing Magnets been around?

We started in 2002 when I founded and started the company in my bedroom, then it moved to my garage. We’ve since moved three times. And this’ll be our fourth big move. And each time, we’ve doubled in space.

Then we get into the rare-earth magnets, which are cobalt and neodymium and iron boron. We focus on the neodymium magnets. Since they don’t turn off, we have to work with them as they are. They need to be protected with some kind of a plating or a coating.

You need to think about: How you are going to use magnets in your application? You need to break it down. No matter how you are working with magnets, break your project down into its core components, whether it’s a car or it’s a wind turbine. You break it down into each individual system, and then just look at the functions, and then think about how to use the magnet’s superpowers, which are things like attraction, right? Because steel doesn’t attract itself. There are very few things that attract each other. But magnets can be used in things that need to mate up together, or things that need to trigger sensors like switches and sensors. Those are the things that cannot happen without the help of magnets. Those are things that can be used in all industries, including the wind industry.

What are some of the specific ways magnets are used in a wind turbine?

If you start at the top — and one of our long-time customers makes anemometers — you will see that magnets are there to assist in the sensing and spinning. That’s one way magnets are used in wind turbines. They can be used for braking. For example, you have to have RPM limiting on rotors, so magnets can keep the RPMs down using eddy breaking. You will probably see more of that with gearbox-less turbines that are coming out where there are fewer moving parts, with a move toward more permanent magnets rather than induction.

It used to be wind systems and different kinds of turbines used those flat, round, rotational models, and you used to have more cogging issues with startup. Now, they’ve moved into more of the bread-loaf-shaped magnets that have corners and edges. And now we’re doing skewed magnets that are more rotational and radial and are found in the actual generator units themselves.

As you recall, we wrote an article in the May issue of Wind Systems addressing using magnets in the tower for ladders so as to eliminate drilling holes in the tower and compromising its safety. You could use magnets for cable management and wire management.

And with maintenance workers who use tool belts or wrist guards, magnets can be used to secure tools and be used as latching systems for wrist guards. They can also be used in sensors, access panels, read switches, door sensors, and so many other places in the turbine.

Are there any myths or misconceptions about magnets that our readers should be aware of?

In general, people may think, “Where do magnets come from? We don’t just dig them out of the earth, right?” They used to have a thing called magnetite, or people would say a lightning bolt would hit the ground, and it would create magnets. It’s not quite like that.

With rare-earth magnets, people want to know if they really are rare. Although the materials are quite abundant, they are not found everywhere. And they are strip mined. You can’t just go dig neodymium out of the ground. It comes with other materials, like praseodymium and other elements that have to be reduced out via a multi-step process.

Because magnets are made of metal alloys, a common misconception is that we can do anything with them. Magnets are brittle, and, because of the way they’re made, you can’t just drill and cut them with normal tools. They’re usually cut with a wire EDM or wet diamond blades. And when drilling them, they are either cutting them out with some type of tubular diamond cutter or drilling them out with more of a grinding operation.

And another important point to stress is that magnets are heat sensitive, and in the wind applications, you’re going to have increased temperatures as things are rotating. There are also many different grades available, and you have to match the proper grade to the specific application. And location and environment play an important role, too. If you are around the ocean or salt, you don’t want to use nickel coating. Or if you are around sand, there are ways you can protect and minimize the magnet’s exposure. During the design phase, both location and environment are important considerations.

Anything else about the magnets that you make that you think would be appropriate for our readership?

Another fascinating aspect of magnets is how they are made. They take the elements of earth out of the ground, and they get them into their single states such as neodymium, samarium, praseodymium, and cobalt. They then take them individually and measure them out according to a recipe and crush them into a powder. The rare-earth magnets that we’re using are sintered, so they take that really fine powder and press it into a block. And when they’re pressing it into this block, they expose it to a magnetic field. And that magnetic field orients each little element of that powder in a certain direction. And then they lock them in place with an extreme hydraulic pressure. They are then heated under vacuum at super high temperatures.

Once they are made into a block, they are like a piece of cheese that you can slice, grind, and cut. At the very end, the magnets will be electroplated according to your needs. It will be coated with nickel, copper, zinc, or another substance, because it will oxidize. They are also a variety of specialized coatings, such as Everlube or epoxy that give them more chemical or temperature resistance.

In that vein, Amazing Magnets is here to educate and answer any questions you might have. We’re here to support and enhance the wind-turbine system industry while making everyone’s jobs and lives easier. That’s what we do. 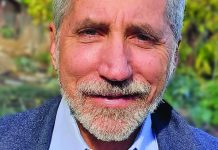 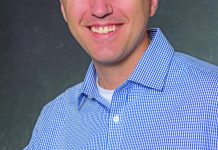 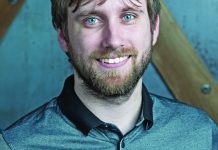