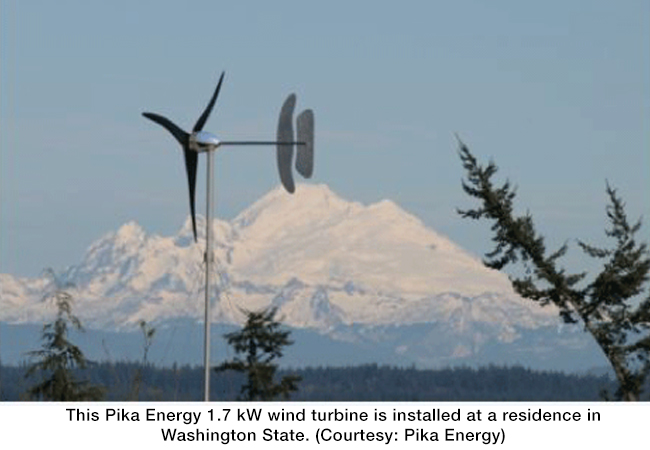 U.S. distributed wind market surpassed the 1 GW milestone with 81,000 turbines generating power across 50 states, according to the 2017 Distributed Wind Market Report released recently by the U.S. Department of Energy Office of Energy Efficiency and Renewable Energy.

“Despite minimal policy support, the market is poised for further growth in response to the recent ITC extension,” said Jennifer Jenkins, AWEA’s Distributed Wind Program Director. “We are working with industry to leverage the ITC, its proven success in reaching this important milestone, and drive new markets like C&I and microgrids.”

In contrast with utility-scale wind farms, which are larger with an average capacity of roughly 200 MW, distributed wind systems are generally connected behind the meter or to a local distribution grid. Distributed wind can range in size from a 1 kW or smaller off-grid wind turbine, to a 10kW turbine at a home or farm, to several multi-megawatt wind turbines at a university campus, manufacturing facility, or small community.