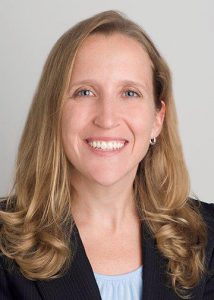 Farrell will oversee federal regulatory affairs, state policy, public affairs, and industry research. She will serve on AWEA's executive team and work closely with Jim Reilly, who continues as senior vice president for federal legislative affairs. Her first day at AWEA will be June 16.

Farrell will bring years of association leadership and government experience to the organization, which represents 1,000 member companies.

“Amy’s strategic thinking and broad experience across trade associations, a top-ranked energy corporation, and the White House will serve our members well as wind power takes its place among America’s leading energy sources,” Kiernan said. “She knows how to lead teams to advance successful policies and regulations. She has made a career of bringing diverse stakeholders together to achieve common goals. We are delighted to have her join in serving our member companies and sustaining rapid growth of American wind power.”

Farrell will join AWEA from the American Petroleum Institute, where she sits on the executive leadership team as the group director for market development, and works across the organization and with member companies to increase natural gas demand. From 2013 through 2015, Farrell played a similar role as vice president for market development at America’s Natural Gas Alliance (ANGA), after helping that organization establish its market demand mission and advocacy strategy.

Before transitioning to the market development role, Farrell’s primary focus was advocacy on energy and environmental policies that directly affect oil and natural gas company operations. She served as vice president for regulatory affairs at ANGA and, before that, as a corporate issues adviser at ExxonMobil.

Prior to joining the private sector, Farrell held a series of senior government positions in the George W. Bush Administration. She served as special assistant to the president for economic policy in the National Economic Council in 2008, and as associate director for environment and regulation in the Council on Environmental Quality from 2006 to 2008. She held several positions at the EPA from 2004 to 2006, including deputy assistant administrator in the Office of Prevention, Pesticides, and Toxic Substances and special assistant to administrators Stephen L. Johnson and Mike Leavitt. She began her career as a policy analyst in the Office of Management and Budget’s Office of Information and Regulatory Affairs from 2000 to 2004.

"As wind-energy positions itself as a key contributor to an all-of-the-above energy strategy, it's critical to have people who can drive understanding of the benefits of wind,” said Chris Brown, president of Vestas Americas and chairman of AWEA’s Board of Directors. “We are lucky to have someone of Amy's keen analytical approach to help us guide this transition.”

“The wind industry is at an exciting crossroads, and I am honored to join the AWEA leadership team during this transformational time in domestic energy policy,” Farrell said. “I look forward to working with AWEA’s members to advance the greater use of wind energy and a greater recognition of the role wind plays in delivering affordable, reliable, and clean energy.”

Farrell holds a master’s of public policy from Indiana University and a bachelor’s from Illinois Wesleyan University.