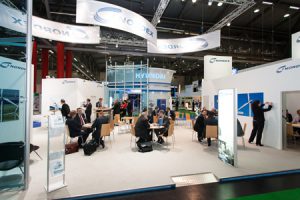 The EU wind energy sector installed 11.6GW of capacity in 2012, bringing the total wind power capacity to 105.6GW, according to the 2012 annual statistics launched by the European Wind Energy Association (EWEA).

Wind energy represented 26 percent of all new EU power capacity installed last year, and investments of between EUR 12.8 billion and EUR 17.2 billion. It is now meeting 7 percent of Europe’s electricity demand — up from 6.3 percent at the end of 2011.

Renewable energy represented 69 percent of all new power capacity in 2012, while in a continuing trend, fuel oil, coal, and nuclear capacity saw negative growth due to decommissioning.

In other news from the EWEA Annual Event, held February 4-7 in Vienna, Austria:

EU wind industry faces tough challenge —
The wind industry is being hit by the economic crisis and austerity across Europe, and a difficult situation should not be made worse by politicians undermining investor confidence, warned top industry figures in Vienna.

At the opening of EWEA 2013, politicians and high level industry representatives also spoke of the need to secure the further growth of wind energy in Europe after the current 2020 renewable energy target runs out, and of the disparity between fossil fuel and renewable energy subsidies.

EWEA President Arthouros Zervos criticized “sudden or retroactive changes to support schemes” and warned “the wind industry can be a driver for growth, for jobs and exports but not if government policies drive away investors.”

He told the assembled industry leaders and Ministers that “The wind industry is suffering serious job losses, and will suffer more difficulties this year,” and called for “binding renewable energy targets for 2030,” as a way to create investor confidence.

The warning comes in a report to be published by the EU’s Wind Energy Technology Platform (TPWind), based on research by renewable energy consultancy GL Garrad Hassan.

“There is a real risk of a shortage of suitably skilled workers. Well over half of the shortfall in new workers in 2030 could be in operations and maintenance. Engineers are in desperately short supply and the problem will get far worse unless action is taken,” said Andrew Garrad, Chairman of GL Garrad Hassan.

Wind energy’s most prestigious prize goes to Professor Arthouros Zervos —
The Poul La Cour prize for outstanding contribution to wind energy has been awarded this year to Professor Arthouros Zervos. The award was presented to Professor Zervos by Klaus Rave, Vice President of EWEA. Speaking at the presentation of the award at the conference dinner of the EWEA 2013 Annual Event in Vienna, CEO of EWEA, Christian Kjaer said “It is hard to know where to begin to describe this year’s winner’s achievements. They are not limited to one area of work, or one organization. They span education, science, R&D, policy making, representation of the industry, and lobbying.”

Professor Zervos has taught wind energy at the National Technical University of Athens since 1982 and was responsible for Wind Energy in EUREC’s European Renewable Energy Master’s Degree taught at Universities across Europe.