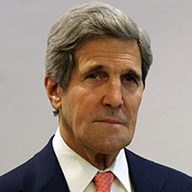 John Kerry was sworn in this past January as our nation’s first Special Presidential Envoy for Climate and the first-ever principal to sit on the National Security Council entirely dedicated to climate change. President Joe Biden announced Kerry would have a seat at every table around the world as he combats the climate crisis to meet the existential threat that we face. Kerry has been advocating action on climate change for decades at state and federal levels. He has a real understanding of the science of climate change and a grasp of the economic costs and benefits of moving to clean energy. 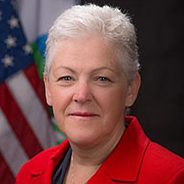 Gina McCarthy was also sworn in earlier this year as the White House National Climate Adviser, where she advises President Biden on domestic climate change policy and leads the White House Office of Domestic Climate Policy. The former EPA administrator and member of President Obama’s cabinet has served as a career public servant in both Democratic and Republican administrations. She has been a leading advocate for common sense strategies to protect public health and the environment for more than 30 years, working at both the state and local levels on critical environmental issues and helped coordinate policies on economic growth, energy, transportation, and the environment. 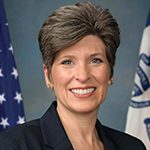 Sen. Joni Ernst has dedicated her life to her state and country, having served in the military for more than 23 years and now in the U.S. Senate. Ernst was elected as the first woman to serve in federal elected office from Iowa and also became the first female combat veteran elected to serve in the Senate. In Washington, Ernst serves on four Senate committees of major importance to Iowans: Armed Services; Agriculture, Nutrition, and Forestry; Environment and Public Works; and Small Business and Entrepreneurship.

In January, President Biden named Richard Glick as chair of the Federal Energy Regulatory Commission (FERC), an independent U.S. agency that regulates the interstate transmission of electricity, natural gas, and oil. Glick, a former government affairs director for Avangrid Renewables and Iberdrola and general counsel for the Democrats on the Senate Energy and Natural Resources Committee, previously served as a FERC Commissioner nominated by President Trump in August 2017 and confirmed by the Senate later that year. He also worked as an adviser to Bill Richardson when Richardson was serving as U.S. Secretary of Energy during Bill Clinton’s presidency. 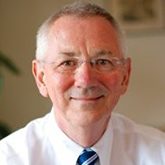 In March, Jeff Bezos announced Andrew Steer would lead the Bezos Earth Fund as president and CEO. Steer has decades of experience in environmental and climate science, as well as economic and social policy in the U.S., Europe, Asia, and Africa. Prior to the Bezos Earth Fund, he was president and CEO of World Resources Institute (WRI), where he led more than 1,400 experts working to alleviate poverty while protecting the natural world. He joined WRI from the World Bank, where he served as Special Envoy for Climate Change from 2010 to 2012. From 2007 to 2010, he served as director general at the U.K. Department of International Development (DFID) in London.

Registration is open for both the CLEANPOWER Virtual in June and CLEANPOWER Salt Lake City on December 7-8.