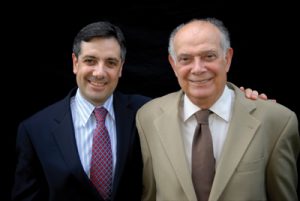 “As a father and son team we have had the luxury of time to make this transition,” says Robert Mecarini. “Alpine Ocean has been a family run company for more than 20 years, and I look forward to continuing on the successful path that my father has established.”

“The time is right for this transition. For all intents and purposes Robert has been running the company, and it is time for us to make it formal,” says Gino Mecarini. “The company is profitable, has a solid financial partner, and exciting projects on the horizon. Robert is ready to take the company to the next level.”

Gino Mecarini has been with the company for 45 years, and became president when he purchased it from its original owners more than 20 years ago. In 2009, he sold a controlling interest to Gardline Marine Sciences Group, a UK-based marine services company, to enable Alpine to expand its services portfolio and have access to capital for growth. Robert Mecarini joined Alpine in 1991 as a deckhand, and has since worked for the company in every capacity, including as navigator and project manager, before most recently serving as executive vice president. The financial investment from Gardline enabled the company to launch R/V Shearwater, a 110-foot multi-use research vessel designed specifically to support the fast-growing U.S. market for offshore renewable energy projects, including tidal and wind. The partnership also enables Alpine to expand its portfolio of marine services to include environmental data acquisition and geotechnical services. To learn more call (201) 768-8000 or visit www.alpineocean.com.