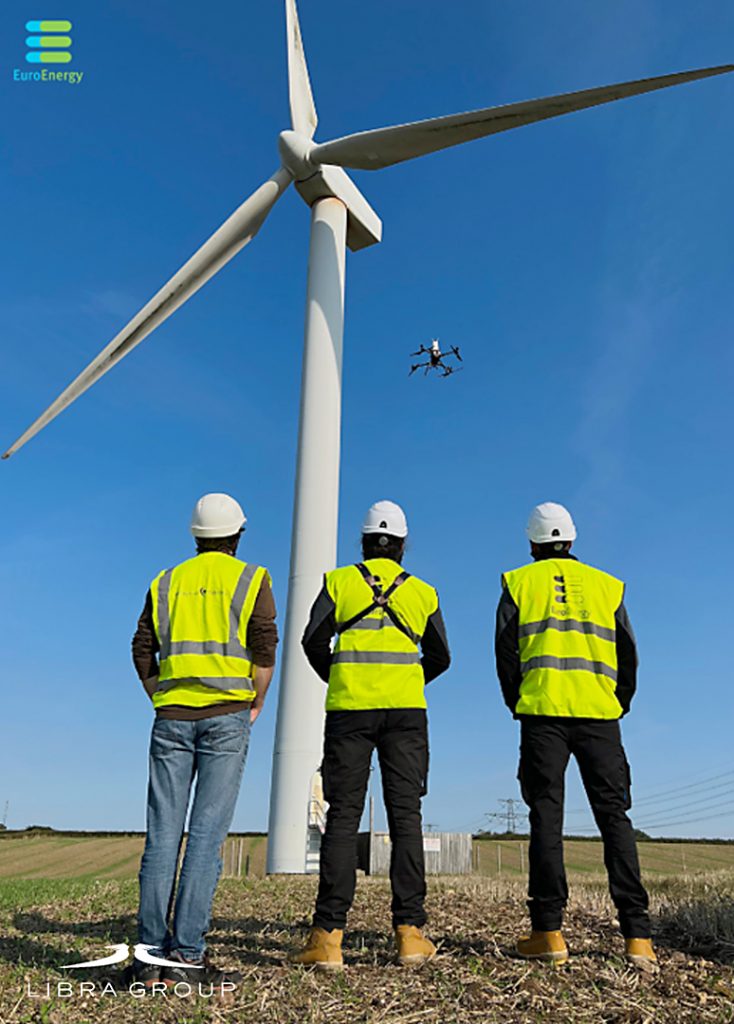 The company, which has bases in the U.K. and Europe, has been carrying out wind-turbine inspections at EuroEnergy’s site in Greece earlier this year successfully using its unique DOT drone and Dhalion system.

EuroEnergy, which is a subsidiary of Libra Group, has now bought a Perceptual Robotics’ Dhalion drone, allowing them to conduct their own drone inspections going forward while receiving all the benefits of inspections’ analysis and reports from the Bristol-based company.

The Dhalion system is designed to undertake autonomous in-depth turbine inspections, collecting high-quality data from turbines in less than 20 minutes, and quickly analyze the data collected.

EuroEnergy is a renewable energy investment company with operating assets in Greece and Romania with a track record of acquiring, developing, and operating more than 500 MW renewable energy assets across biogas, solar, and wind power. The Libra Group is focused on six sectors: aviation, renewable energy, maritime, hospitality, real estate, and diversified investments, with subsidiaries active across six continents.

Theofanis Mermigkousis, COO of EuroEnergy, said Perceptual Robotics had impressed them by offering a different type of inspection for its wind turbines.

“As one of the leading renewable energy companies with operating assets in Greece and Romania, ensuring we can keep our turbines at maximum output is essential to the success of EuroEnergy,” he said. “Perceptual Robotics’ Dhalion drone has the benefit of being fully automated while allowing us to track the progress of any damage on our turbines over multiple inspections. This means we can ensure we are maintaining our assets to the best of our ability, cutting costs and increasing safety. We are delighted to enter into this partnership with Perceptual Robotics.”

Perceptual Robotics initially carried out inspections at EuroEnergy’s Tripoli site in the summer, doing everything in house to demonstrate the technology.

Kostas Karachalios, CEO of Perceptual Robotics, said the two companies were exploring the possibility of using Dhalion to inspect EuroEnergy’s solar sites in the future.

“This is the beginning of a great partnership between EuroEnergy and Perceptual Robotics,” he said. “We are thrilled they have singled-out Dhalion as their inspection system of choice after experiencing the success of the system for themselves at inspections we carried out this summer. We look forward to strengthening this relationship over time with the possibility of inspecting EuroEnergy’s solar and other assets.”