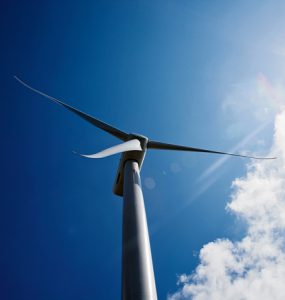 Siemens recently announced it will supply 97 wind turbines, each with a rating of six megawatts and a rotor diameter of 154 meters, to the Danish energy provider DONG Energy. The total capacity for the Gode Wind 1 and Gode Wind 2 projects is 582 MW, enough to supply around 600,000 German households with eco-friendly power.

The Gode Wind 1 (252 MW) and Gode Wind 2 (330 MW) wind power plants will be erected off the North Sea island of Juist, around 45 kilometers from the German coast in water depth of up to 34 meters. This will mark the first time that Siemens will be supplying its new 6 MW wind turbines for offshore in Germany. Siemens will also service the wind turbines for a period of five years. Construction is planned to begin in the first half of 2015, with commissioning scheduled for the second half of 2016.

“Offshore wind energy is a vital contributing factor to the success of the energy transition in Germany,” stated Markus Tacke, Siemens wind power division CEO. “Only at sea can wind projects of a performance category equivalent to major power plants be erected in Germany. Offshore wind energy will also act as a stabilization factor in the German energy mix. Offshore wind power plants produce electricity on more than 340 days per year, thanks to stable wind conditions at sea.”

“Despite the fact that offshore wind energy is quite a new technology, we are making great advances. In the coming ten years we intend to reduce costs by up to 40 percent,” declared Mr. Tacke. “To accomplish this, it is essential that we have clearly defined and reliable framework conditions for the expansion of offshore wind power in Germany.”