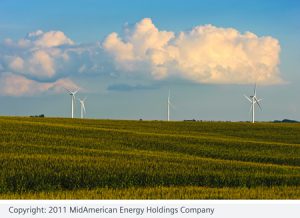 OEM will supply 1,050 MW to MidAmerican Energy for Iowa projects

Iowa is one of the leading U.S. states in wind energy generation. In 2012, around 24 percent of total power generation in the state was provided by wind power. Siemens has already installed 1.2 GW of wind power capacity for MidAmerican Energy to date. Including this new order, these wind projects will provide around 660,000 American households with eco-friendly power when they are completed in 2015.

The nacelles and hubs for the wind turbines of this major order will be assembled at the Siemens plant in Hutchinson, Kansas, and the rotor blades will be produced by Siemens in Fort Madison, Iowa.

“Siemens not only leads the way for offshore wind power worldwide, we are also a very successful player in the onshore wind industry,” said Markus Tacke, CEO of the Wind Power Division of Siemens Energy.  “In Europe and Africa alone, we successfully installed more than 1 gigawatt in the last fiscal year. This new order from MidAmerican Energy once again highlights that we are one of the leading suppliers in the U.S. wind power market.”