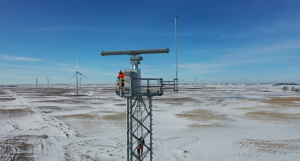 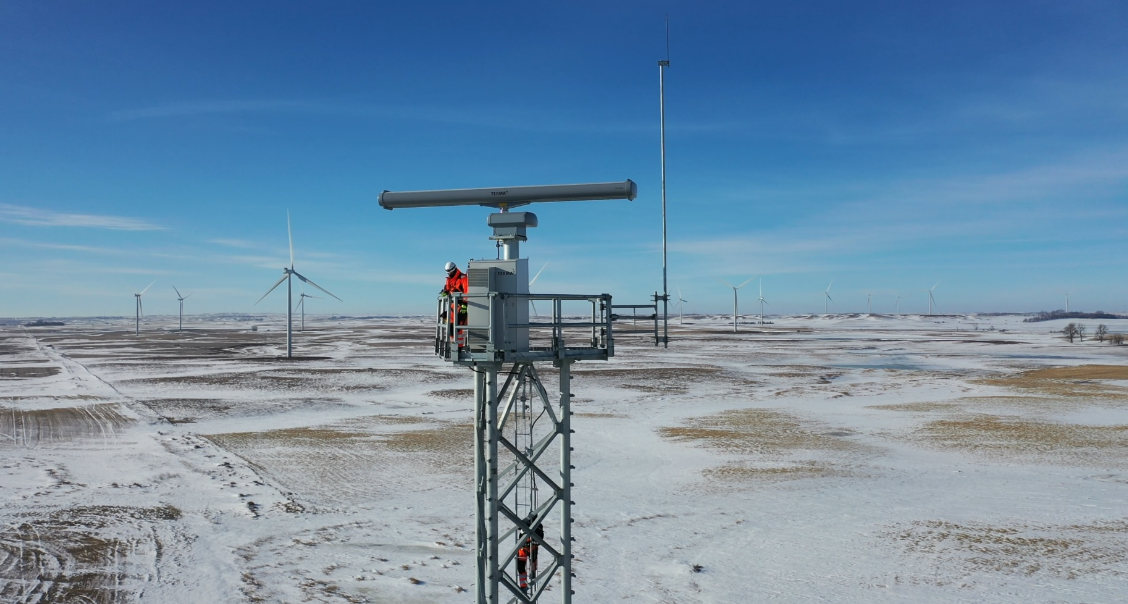 Terma North America has reached a milestone by installing their first two radar-activated aircraft detection lighting systems (ADLS) for wind farms: one in New Hampshire and the other in North Dakota.

The ADLS is designed to balance the dark sky desires of the surrounding community with the safety regulations of the Federal Aviation Administration (FAA) by only enabling the wind-turbine obstruction lights when an aircraft approaches within three nautical miles of a wind farm.

“Terma’s ADLS will keep the lights off up to 99 percent of the time, which will greatly reduce the visual impact on surrounding communities,” said Jeff Schleicher, Terma’s senior manager for Wind Energy Services.

The installation proved to be rather challenging due to high wind combined with a cold winter. As a result, Terma’s engineers, along with an on-site team of technicians, designed and developed a heated tent system that could be installed and used at the top of the radar tower to facilitate installations in almost any conditions.

According to Schleicher, several wind farms, both new and existing (i.e. retrofits) in the U.S. and Canada have been permitted for ADLS technology, and Terma expects to have installed systems in almost a dozen states by the end of the year.

A note on terminology: Canada uses the term aircraft detection system (ADS) for the same systems that in the U.S. are referred to as ADLS. In most of Europe, these solutions are known as obstruction lighting control (OLC) systems.

The premier asset owner and operator-led event for wind O&M and asset management.