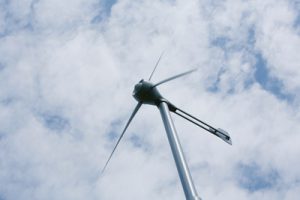 During the last few months the Evance R9000 small wind turbine has undergone further tests which have confirmed its energy generation has increased by over 4% to 9,167kWh at a wind speed of 5 metres per second.

Many Evance customers have already benefitted from higher than expected energy generation as the R9000 system improvements were implemented several months ago. For example, Clive Breeze was pleasantly surprised with the energy generated from his recent installation: “In the first three weeks alone, the R9000 turbines exceeded the predicted energy generation targets by 10 percent.” This reduced the customer’s first quarterly electricity bill by the equivalent of nearly $500.

“We’re delighted that our R9000 turbine is proving so efficient in energy production as this translates directly into a faster return on investment for our customers,” said Kevin Parslow, CEO of Evance Wind Turbines. “Our R9000 machine accounted for a third of all small wind turbines sold in the UK last year – making it the UK’s small wind turbine of choice. We look forward to accelerating our drive into the North American market though our network of installers in a bid to establish a similar market leadership position,” concludes Kevin. For more information, visit www.evancewind.com.