Wind-friendly states are attracting the attention of companies that want access to renewable energy, with corporations more likely to sign contracts with projects in states that have high-quality wind resources.

Companies in nearly every sector of the economy are building a new future for how to do business —they’re powering their stores, factories, and data centers using wind power. Corporate and industrial customers bought 4,447 MW of U.S. wind capacity last year, setting a new record for annual procurements, according to the first Wind Powers American Business report from the American Wind Energy Association (AWEA). This brings the total corporate agreements for wind power to 16,857 MW, enough to power 5.2 million average American homes.

The report found that corporate customers across an array of sectors are investing in wind, now purchasing 10 percent of all operating wind capacity in the country. Doing so helps companies improve their bottom line — especially vital while recovering from the coronavirus pandemic — while meeting sustainability targets. Investing in renewables is also a smart move in a market where consumers are increasingly concerned about what powers the brands they are loyal to. 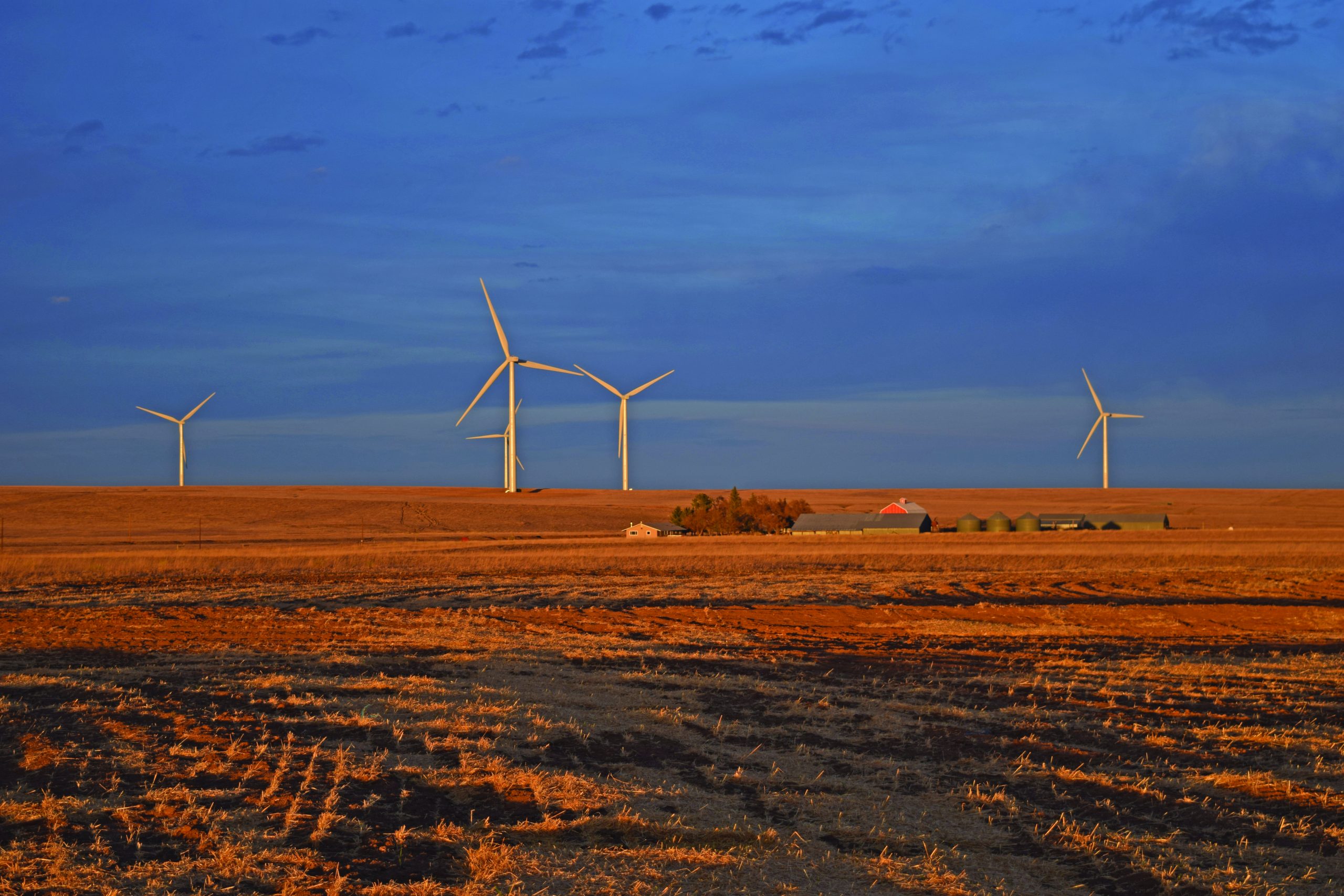 In the last six years, corporate purchasing has skyrocketed from less than 800 MW at the end of 2013 to more than 16,800 MW at the end of 2019. The 2019 total of 4,447 MW was well above the average yearly contracted amount of 2,660 MW. The surge in demand for wind is driven primarily by its increasing economic feasibility. The cost of wind has dropped nearly 70 percent since 2009 and is now an affordable and sustainable power source for businesses. This demand is projected to continue to grow; Wood Mackenzie estimates that Fortune 1000 companies will foster the growth of 85,000 MW of renewable energy through 2030 [1].

Of the 140-plus companies that have purchased wind power to date, Google holds the spot as the top corporate wind customer. The tech giant has contracted 2,397 MW from wind projects across six states. Facebook is the second largest purchaser with 1,459 MW of wind energy, and Walmart comes in third with 1,333 MW. Walmart was the largest purchaser of 2019, with three contracts for wind totaling 541 MW.

“Wind energy is a core component in the mix to meet Walmart’s goal of powering 50 percent of our operations with renewable sources by 2025,” said Mark Vanderhelm, vice president of Energy for Walmart, Inc. “Over the past two years, Walmart has entered into a number of wind-power agreements. These investments represent an important leap forward in our company’s renewable energy journey and reinforce Walmart’s broader mission to advance sustainability across global supply chains.”

Seeing the nation’s largest corporations supporting wind is driving others to follow suit. Eighteen companies became first time buyers last year, including McDonald’s, Sprint, Ford Motor Company, Crown Holdings, and Gap Inc. McDonald’s is the first fast food company to purchase wind energy. The quick service restaurant company bought 220 MW last year, which is the equivalent of more than 1,300 restaurants-worth of electricity. This purchase made McDonald’s the sixth biggest wind purchaser for the year and in the top 20 for overall capacity. The fast food chain has no plans of slowing down its investment in wind energy.

“McDonald’s is just getting started on our renewable energy journey in the U.S.,” said Emma Cox, renewable energy lead for McDonald’s. “Building on years of sourcing renewable energy in many of our European markets, our first ever large-scale wind project in the U.S. represents a significant next step in our continuing work to address climate change using our Scale for Good. We want to keep this momentum going and are excited about the impact this will have on the environment and the communities we serve.”

Before 2015, wind purchases were made primarily by technology and retail companies, with those sectors making up nearly 80 percent of corporate wind purchases. Today, tech and retail make up 53 percent of customers, as other companies have discovered the advantages of being powered by wind. Purchases made in the food and beverage, telecommunications, and retail sectors increased notably in recent years. The end of 2019 saw the technology sector accounting for 41 percent of total corporate wind-energy purchases, while telecommunications and food and beverage represented 9 percent each. Other corporations purchasing wind include healthcare, automotive, industrial, and consumer goods.

The report also highlighted that corporations are more likely to sign contracts with projects in states that have high-quality wind resources and a wholesale electricity market, retail choice, or green tariff program. Over half of all corporate deals are connected to projects in Texas, Oklahoma, and Kansas, which respectively rank first, third, and fourth in the country for installed wind capacity. Nebraska and South Dakota have both seen an increase in corporate wind deals as well along with more wind development in the past two years.

Wind-friendly states also are attracting the attention of companies that want access to renewable energy. Companies such as Facebook, Google, and Apple have chosen to site new data centers or expand data centers in states where they are able to purchase wind energy. For example, Apple’s decision to move some of its operations to Iowa was motivated by the presence of wind energy: In announcing plans to build a 400,000 square foot, $1.3 billion data center, Apple CEO Tim Cook said Iowa’s renewable energy resource was “paramount for us” and “if we couldn’t (procure renewables), we would not be here.”

Though corporate wind purchasing has grown significantly in recent years, it is still a relatively new market that only a portion of U.S. companies have entered. Fortune 1000 companies use approximately 1,192 TW/h of electricity annually; only 1 percent of which is met via direct procurement of wind or solar power.

However, in order to satisfy customers, corporations will need to continue investing in wind energy. A poll showed that more than 80 percent of the nation’s voters say that company commitment to combating climate change is important to them, and 87 percent say it is important that companies use renewables as a way to keep costs low and pass on those savings to consumers.

As the demand for renewable energy continues to grow and roadblocks to corporate purchases continue to fall, many of the world’s largest companies will continue turning to wind energy to build a clean, reliable, affordable future.

Wood Mackenzie. Analysis of Commercial and Industrial Wind Energy Demand in the United States. May 2019.