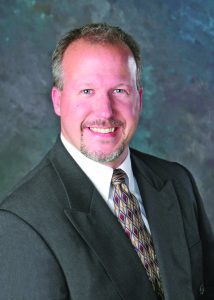 You’ve worked in wind for 17-plus years. During that time, how have you seen things change?

We’ve definitely seen the size of the turbines change. When I first started, most of the turbines were in the 1-, to 2-MW sizes; 3 MW at the time was starting to be big for offshore turbines. And all they’ve done is get bigger, taller, and longer blades over the years, and so now we’re up to 12 MW right now.

As power has gone higher, the applications have gotten more and more challenging.

There’ve also been changes in the wind-turbine gearbox standards as well. We saw the launch of the AGMA 6006 in 2003, which then got replaced by an IEC 61400-4 standard.

The “-4” standard is now being revised again, so it’s constantly growing and being updated with more and more information. There’s also been a change of bearing designs in gearboxes from cylindrical and spherical, and ball bearings to tapered and cylindrical bearings.

As the industry has grown and changed, how has Timken responded?

As we started getting involved in wind energy, we realized that there were many requirements from the customers, like the need for traceability. So, we developed our own wind-quality system to understand their manufacturing process and to follow up on those traceability requirements. We can actually trace the bearing components all the way back to the heat of steel. We store all those documents in a book, which we call a Green Book—because it’s environmentally friendly. But those books are similar to the blue books they use in aerospace.

The whole point is that we have a very good quality control system that documents each of our parts. We track the quality. And if there are any issues that occur in the field, then we have that evidence in these green books to go back and show what we did, how we did it, why we did it, and we could investigate if there were any manufacturing issues leading to the field issue.

We’ve also been developing many other technologies to support the growth of wind. Some of those, for example, are related to nondestructive evaluation, or NDE test methods, such as Barkhausen noise or eddy current. Traditionally, we use nital etch to check for issues like grind injury, rehardening, or retemper during the manufacturing process. But there are some customers that want 100 percent inspection of grind injury. So, rather than nital etching the parts and then have to remove the etch, we developed the Barkhausen noise technology to be able to check for grind injury. If there were any problems during the manufacturing process and cracks developed, instead of using magnetic particle inspection or another crack detection method, we can use eddy current, another nondestructive test to perform the same task.

And we’ve gotten into other things such as new cage designs. Because as the bearings have gotten bigger, we’ve exceeded some of our suppliers’ capabilities. We’ve come up with a new reliable cost-effective cage design.

Another real big development was induction hardening. As the bearings got above, let’s say 2 meters, we realized we didn’t have furnaces to make parts over 2 meters cost effectively and in a timeframe to meet the lead times that our customers wanted. So, we developed an induction hardening process to get equivalent performance to our case carburizing process. And now we could make bearings up to 4 meters with that induction hardening process at a lower cost and shorter time. As the wind industry has grown and changed, it resulted in us developing new technologies and really advancing the state of our art, while really growing our knowledge and capabilities within our company.

Have the lessons from wind-energy development helped Timken and other markets, or have they been applied to other markets at Timken?

Yes, I’d say they have, because it seems like wind has been leading the company for the past 10 to 15 years relative to advancements in the technology growth. For example, we’ve done a lot of development of coatings and coating technologies. And some of this work has been used in another applications, for example, in rolling mills. The induction hardening process is something that’s also been used and adapted to large military radar bearings. And we’ve been doing a lot of work in terms of greases, grease evaluations, and technology. Now that we have more knowledge about some of those different greases — some of the properties and characteristics — we’re using that to develop other greases for other applications as well.

So, I’d say we’re pushing the limits of the company and constantly stretching our knowledge. And that is allowing the rest of the company to use that which we’ve developed to help their industries out as well.

What else has changed for the main shaft bearing designs?

Back when I first started in wind, spherical roller bearings were the main bearing type that was used on the wind turbines. Pretty much everyone used either one or two spherical roller bearing pillow blocks. And as the turbines became larger, they’ve tried to keep those same SRB main bearing designs. But once they started getting up to 3 to 4 MW, they’re finding it more and more difficult to keep using the SRB main bearing. For offshore, which is now 5 MW and larger, it just didn’t make sense to continue to use the spherical bearings anymore.

So, we’ve seen changes or adaptations of the designs. Some turbines have used a double row tapered bearing, or a TDI bearing as we call it, in combination with a cylindrical bearing. We’ve also seen other designs using very large Tapered Double Outer, or TDO style bearings. This would be a double row unitized bearing, which is typically greased and sealed and clamped up in the application. Generally, the TDO main bearings are 2 to 4 meters in diameter and mostly used for direct drive, but not always. Sometimes they’re integrated in the front end of a gearbox.

As we’re moving more into offshore, in the 8- to 12-MW size range, we’re finding more customers are accepting a new design, which is a two single row TS or tapered single bearing design. These two TS bearings are separated by a larger distance, maybe 2-3 meters apart. By pushing the bearings farther and farther apart, we’re actually allowing the bearings to get smaller in size.

So, for example, if you had a large TDO, or single main unitized bearing for, a 6-MW design, that bearing might be 4 meters in diameter. But that’s because the two bearing rows are very close or right next to each other. But for a 9-MW design, we’ve taken those bearings and moved them farther apart, which allows them to get smaller. Now, instead of being a single main bearing that’s 4 meters in diameter for a 6 MW, you have two bearings that are, let’s say, around 2 or 2.2 meters in size for a 9 MW. By changing that bearing design and pushing the bearings apart, you can make them smaller and be able to handle the loads of bigger size turbines.

I think that’s really helping to keep bearings in a reasonable size within manufacturing capabilities to meet the demands of today’s customers without requiring millions of dollars of capital investment to make bearings that are 6 and 8 meters in diameter.

Would you encourage engineering students to pursue renewable energy avenues?

Oh yeah, for sure, no doubt about it. Look at it this way: I feel like I’ve been kind of lucky for the last 17 years. I work for a great company, a very ethical company that’s engineering focused, a solutions-based company. We’re working on really interesting applications. Wind turbines are challenging and complicated. They are definitely not easy. There are a lot to them. A lot of detail needs to go into their design, so it is very challenging. I’m paid well. I travel the world. I help the environment. I enjoy my job. What else can anyone ask for?

I think from an engineer’s standpoint, it’s satisfying from all aspects of life. But working in the renewable industry is fantastic, and it’s exciting to work with all the challenges and difficulties and to see the innovation growth and then to be involved with the bearing design. And then you see and hear in the news about these, 9-, 10-, 12-MW turbines that are getting installed with bearings you worked on. I mean that’s kind of every engineer’s dream.

What kind of advice would you offer a student who might want to pursue renewable energy?

I think any part of the renewable energy business is interesting. Obviously from an engineering standpoint, I think it’s extremely interesting. There’s always going to be a lot of challenges. But, the biggest thing I’d say is: “Follow what makes you happy.” And, I didn’t always expect that I’d be at a company for 17 years in today’s day and age. But I’ve found a company and a market segment that I’m happy to work in. And as long as you’re following your heart, and renewable energy is something that you’re passionate about, that’s what I’d recommend.

Have you climbed a wind tower, and if you have, could you describe the experience?

Yes, I have — a couple of them. The first one, actually, I got lucky because it had an elevator most of the way up. That made things a little bit easier. But it was also February and very frigid temperatures, so it was pretty interesting. But I’ll tell you what, you stand at the bottom and you look at these things and they’re mammoth. I mean they are huge. You get in there, and you start climbing, and there were times I definitely had to climb. You get a little tired if you’re not used to doing it. I appreciate the ability of these technicians to climb multiple towers a day. It’s fun and challenging. But you get up there and things are kind of tight and compact.
But the best thing really is, if they allow you to pop open the top and you can stick your head out, you can look out and see everything around you and realize that it’s like being on top of the world. It was just absolutely exhilarating.