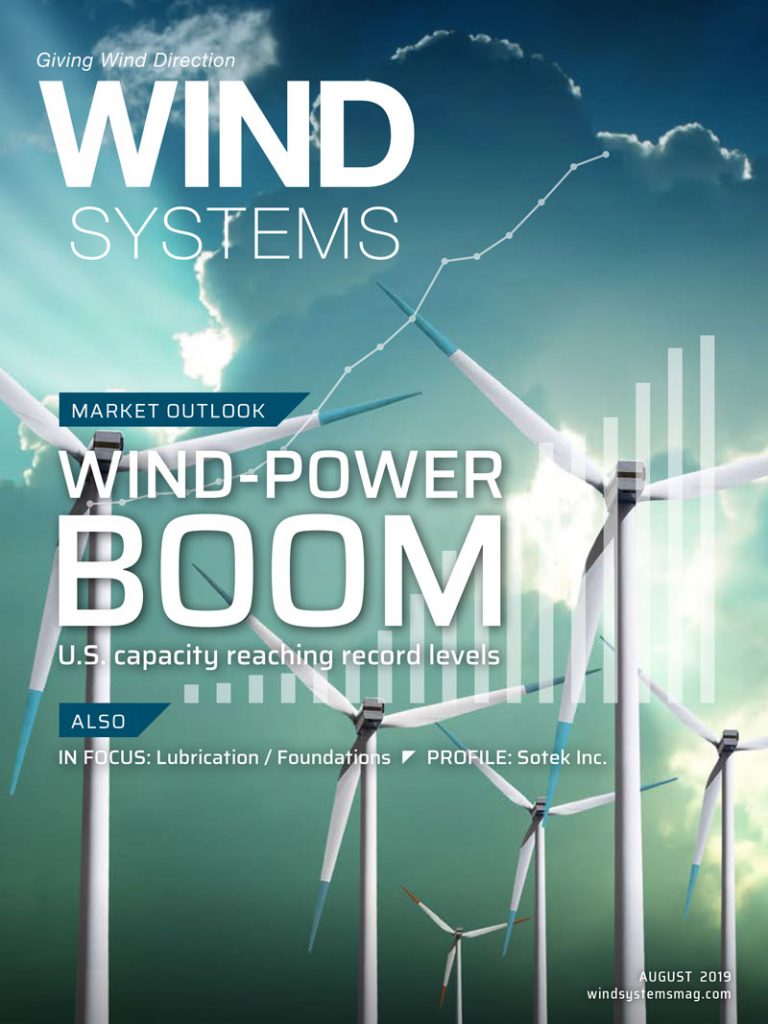 The first quarter of 2019 boasts a record of more than 39,000 MW of wind-energy capacity either under construction or in the planning stages.

American wind power has seen a consistent string of strong years and so far, 2019 is proving to be no exception. In fact, in the first quarter of this year, the volume of U.S. wind-power capacity under construction and in development reached a record level. The American Wind Energy Association’s (AWEA) U.S. Wind Industry First […]
John Hensley

The progressive, forward-thinking renewable-energy sector resonates with women and represents the future of energy-sector jobs.

It’s no secret that renewable energy is a rapidly growing market. With more than 250,000 expected new jobs in renewables by 2020 in the U.S. alone, the energy industry is seeing both men and women choosing this field over the more traditional energy fields. The idea of playing a leading role, and being at the […]
Vicki Codd

Getting a wind project up and running can often seem like a pictureless jigsaw puzzle, but streamlining the regulations with new technology and old-fashioned footwork can go a long way to help quicken the process.

It may be easy to look at spinning wind turbines and not be in awe of the plethora of hoops developers have to jump through before an asset ever starts producing power. But regulations are a fact of life for almost any massive project, and wind farms, both offshore and on land, are proving to […]
Kenneth Carter

If a lubricant is not considered in a wind turbine’s design phase, it is more likely to experience unexpected maintenance issues as the systems age and components wear.

Wind turbines have been favored in many areas because of their ability to provide communities with environmentally friendly energy. According to Machinery Lubrication, most wind turbines are reliable 98 percent of the time. When they do fail, it is often due to failed or non-existent maintenance. Wind turbines can be expensive to operate, and any […]
Tony Dotson

Cracking down on foundation cracks

During annual inspections, it’s of paramount importance to inspect foundations every year for cracks as an integral part of proper turbine maintenance.

We all know that the highly engineered foundation is of fundamental importance to the longevity and soundness of a wind-turbine generator. Even so, foundations are all too often overlooked during regular maintenance intervals. Proper maintenance requires that foundations be inspected annually for cracks in the concrete and grout. Major cracks may be a result of […]
Joe Bruce

Mayflower Wind Energy LLC, a joint venture of Shell New Energies US LLC and EDPR Offshore North America LLC, recently provided the public version of its bids into the Commonwealth of Massachusetts’ second round of the Section 83C offshore wind-development procurement process. Mayflower Wind submitted three 800-MW proposals as well as a 400-MW proposal to […]

Siemens Gamesa has been selected by MidAmerican Energy Company for the Southern Hills Expansion wind-power project, which will feature 21 SG 4.5-145 wind turbines, operating at 4.8 MW, and will be in Iowa. This project also features the company’s premier service and maintenance agreement for three and a half years. This turbine model, a benchmark […]

Sulzer Schmid, a Swiss company pioneering UAV technology for rotor blade inspections, and NNAISENSE, a world leading artificial intelligence specialist, have partnered to develop an artificial intelligence engine to automatically detect rotor blade damages on wind turbine. This leapfrog technology is expected to bring the twin benefits of improving the productivity and consistency of blade-inspection […]

What awaits visitors to HUSUM Wind 2019

Trade visitors to HUSUM Wind 2019 can look forward to an exciting conference and lecture program, as well as specialist seminars, workshops, and matchmaking formats. Here’s a brief overview: HUSUM Wind, September 10-13, 2019, covers the entire value chain of the onshore and offshore industry in the areas of turbine construction, service, planning, financing and […]

Greenbyte, a developer and enabler of smart data software to drive productivity in renewables, has significantly bolstered its presence in the United States with the opening of a new Chicago office. The new location will serve as a regional hub for the nationwide rollout of the Greenbyte Energy Cloud, an open, versatile and user-friendly monitoring […]

Since the first deliveries in January, for the past six months Collett & Sons Ltd has been traveling the 70-mile route from Ellesmere Port to Clocaenog Forest Wind Farm, steadily delivering the turbine components to the North Wales site. Collett has made the final journey from the port to the development site, delivering the final […]

Vestas Wind Systems A/S and General Electric Company, acting through its Renewable Energy Business, have reached an amicable settlement of all disputes related to multiple patent infringement claims in the U.S. The settlement results in the discontinuation of the case pending in the U.S. District Court for the Central District of California as well as […]

U.S. wind-farm development activity rose to a new high point in the second quarter of 2019, according to new data from the American Wind Energy Association (AWEA). Strong consumer demand from Fortune 500 businesses and utilities as well as calls from multiple states for offshore projects added to wind power’s growing development pipeline. At the […]