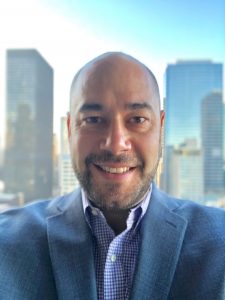 Who is 3S Lift, and why is there such a buzz around your company at the moment?

We’re a 600-person company that’s been around for about 20 years, headquartered in Beijing. Two years ago, I was hired to establish a presence in the Americas, and I’d say the market buzz is due to a pretty unique product called our Climb Auto System. And that is disrupting the traditional methods of how wind turbine technicians get up and down a tower — no more climbing a ladder.

We’ve spent a lot of our time in the last year-and-a-half focusing on marketing the Climb Auto System to service providers, OEMs, and owners of wind farms to show them what value is generated when we can make things a little safer and more efficient for techs to get up and down the tower.

What are the key issues within the wind industry that are driving your company right now?

If you look at the statistics from the U.S. Department of Labor, wind-turbine technician is the No. 2 growing job in America behind rooftop solar installer. And wind-turbine technician is the No. 1 job in about four or five states. There are currently about 5,000 or so permanent wind-service technician jobs, and these are above-average paying jobs in rural America. By the end of 2021, we’re going to need to double those 5,000 service techs to 10,000.

What’s driving 3S Lift in the industry right now is the challenge to double our technicians, with the objective to create a more stable and diverse workforce. How can we keep the experienced technicians who have been working for five years, and make sure they can last another 15 years? How can we ensure new younger technicians don’t get burned out climbing 100-meter turbines?

You talk about service lifts being commonplace in Europe. Why are they not common in the U.S., and how does your Climb Auto System differentiate from that traditional service lift?

The traditional service lift was commonplace for a period of time in the U.S. as turbines started getting taller in the early 2010s where there was a significant amount of turbines installed with service lifts. But, in recent years, the market has become extremely capital intensive. There’s a lot more competition to get a project built. And service lifts tend to be more expensive than what most owners, or turbine manufacturers, want to include.

You don’t need a service lift, Climb Auto System, or a climb assist to operate a wind turbine. Service lifts in the U.S. have become increasingly regulated, and that’s driving a lot of additional operational costs for certain owners. There are some wind farms in certain states that are spending between $1,000 and $2,000 per turbine, per year, just to have a lift inspected that they may only use a handful of times a year. Because of these costs, we’ve seen a significant decrease in new turbines being installed with service lifts.

To answer your second part of how do we differentiate the Climb Auto System? No. 1, it’s not a service lift. It’s not classified as an elevator. We have an independent fall arrest system whereby the technicians are not subject to the movement of the lift. If the lift falls, the technician doesn’t fall.

The Climb Auto System has a significantly lower capital cost than a traditional service lift. From an operational or a service and maintenance perspective, our system is very similar to that of a climb assist, which service providers and operators typically service it themselves in under an hour a year. So, if you have 100 wind turbines, owners can easily compare the outsourced OpEx costs of $100,000-plus per year for their service lifts vs. insourced $10,000 per year of labor to service the Climb Auto System.

Why is climbing such an issue?

It’s something that we talk about a lot: Imagine that we have a 10-hour desk job, where once a day, we get up and we sprint as fast as we can for about three miles — just flat out sprint. And then we go back to sitting down. That’s kind of what being a turbine technician is like. It’s mostly a stationary job all day long. They’re in their truck, or they’re up-tower in a nacelle or hub, or they are down-tower. They exert a significant amount of energy in what most ergonomists would consider an unnatural repetitive motion — climbing.

It’s a challenge in our industry to pinpoint the health effects of climbing a wind turbine ladder every day. But there’s no doubt that over the long term, with respect to repetitive motion, it is going to add to the wear-and-tear on your joints. 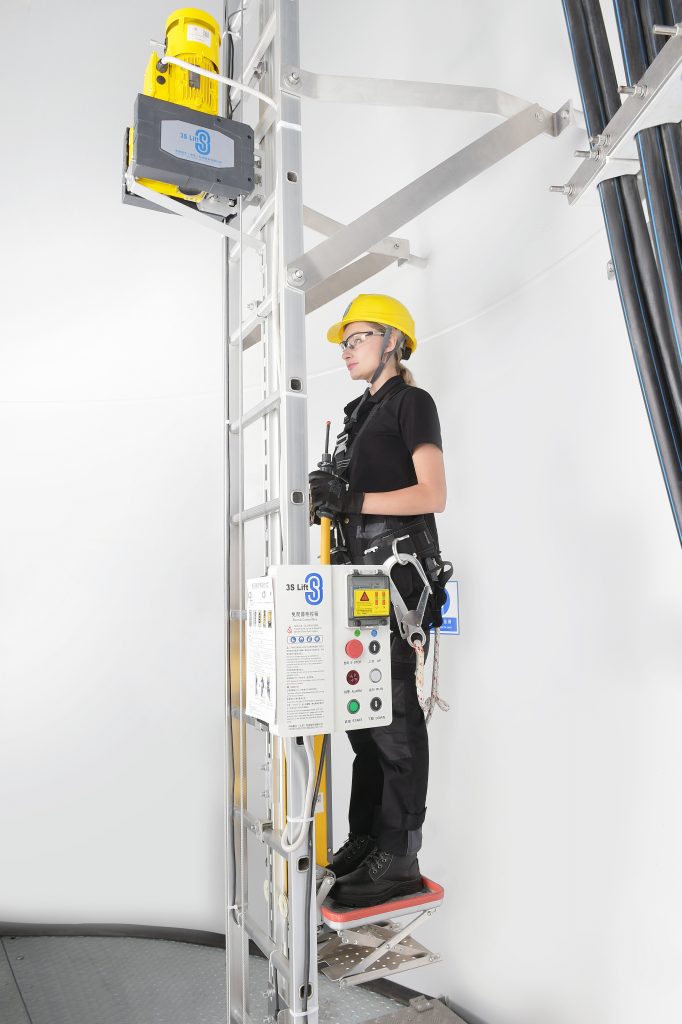 Your Climb Auto System costs more than a climb assist. How do you justify that investment with the owner-operators?

A few years ago, the majority of turbines in the U.S. changed from having service lifts to having climb assists. The climb assist is a product that 3S and a lot of our competitors have been successful in supplying to owners and operators, as their advantage is to take some weight off the climber.

The Climb Auto System is different because there’s no stress and strain in the climb. There’s zero exertion, and yes, it does cost more. What we talk to customers about is what their improvement in technician retention is going to be. We show them that with the Climb Auto System, turnover costs will decrease by 50 percent per year, and we’ve got some data from some of the largest OEMs in the world that have a significant fleet of service lifts.

This data shows that there is a significant difference in the retention rates for service technicians at sites with lifts vs. without lifts. As a technician, when you first start on a wind farm, it usually takes about a year before you’re competent. And that’s a significant investment for any company to make. Wouldn’t you want that person to stick around for more than just the average three years?

In addition to the retention improvements over a climb assist, there’s a distinct advantage from an availability standpoint. If you think about it from a car-mechanic standpoint, would you rather take your car to get an engine replacement done by the new guy in the shop, or somebody who’s been there for 10 years and has worked on Volvos his whole life?

We also talk about multiple climbs per day. If you’ve got an outage, or if you’ve got to do a replacement up tower, you’re not limited to only being able to make two or three climbs per day because you’re not climbing anymore. With the Climb Auto System, you can make as many up-tower visits per day that time permits.

Beyond the bottom line aspect of it, why is this system personal to you?

I spent eight years at GE, and that’s where I got my start in the wind industry. In 2011, I had a visa to go to Kuwait to work on a large combined cycle gas turbine plant. And about two weeks before I was going to leave, the HR department said, “No more ex-pats are going to Kuwait. Would you like to go to a wind farm in Ontario, Canada?” And I said, absolutely. And I went and was an assistant site manager on a construction project for four or five months and then proceeded to spend the next one-and-a-half years or so in the field managing construction projects. I lived and worked alongside the technicians who install, commission, and service our turbines. Later in my career, I moved into sales and project management roles, but I will never forget my time in the field and how challenging this job was. I can empathize with our technicians because I know what it takes to maintain these turbines — and I think there’s a better way to do it.

Career longevity is a big deal. Industry leaders like to tout that the wind technician is a growing job, and they are right, it is a growing job¸not a growing career. It’s also pretty slim from a diversity standpoint. The demographics of the wind-turbine technician are typically males in their mid-20s and 30s.

What I think we can see as a benefit of the Climb Auto System is that you’re going to be able to expand that demographic. And what does that do? That enables a wider pool for owners and operators to hire from.

How long do you think climbing a ladder in front of a wind turbine becomes a thing of the past?

We’re in an industry in the U.S. where cost competitiveness is everything. Anytime you want to add a dollar to a project, somebody is going to ask what the return on that investment is. 3S is at a point this year where order demands have significantly picked up. We had a really successful pilot program in 2018 where we provided single units to customers at 15 or 20 sites in the U.S., and now we’re expecting to install nearly a thousand units next year. We’ve got 30,000 Climb Auto Systems installed globally. This isn’t a new product, but it’s new to this market.

We’re going through the first or second year of that market introduction for the product, and I do believe that in the early 2020s, we will see this product in every turbine.