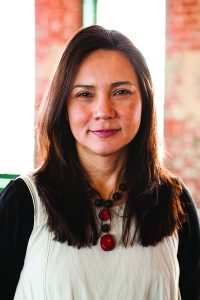 Generally, the cost of capital is expected to be slightly higher for the first U.S. offshore wind projects until there is the same familiarity within the U.S. financing arena as there is in Europe. Europe offshore wind financing is comfortable with multiple contracts, e.g., approximately a dozen or so supplier/EPC contractors and subcontractors. In contrast, the U.S. financial institutions would prefer the securest of a “wrap” contract, but it will be interesting to witness if the market will be willing to pay for the risk allocation under a single wrap.

Also, bonds are beginning to be introduced into some European offshore wind projects, and European lenders are less familiar with U.S. tax equity. On the other hand, the long-term Power Purchase Agreements (PPAs) used in the U.S. are going to provide investors with some additional security and predictability.

What can the U.S. learn from how Europe has approached offshore wind financing?
Financial confidence in European offshore wind has displaced much of the early perceived “risk” of offshore wind projects. There is a general widespread acceptance of the offshore wind technology within Europe, even the new technology and increased size components. The U.S. needs to go through most likely one iteration of having large scale deployment in federal water to capture the same level of technology confidence that is reflected in the financial investments. The U.S. offshore wind stakeholders need to work together to transfer this confidence to U.S. capital markets to bring in new instruments like bonds in order to lower the cost of capital.

Do you foresee a formal coordination between U.S. federal and state levels of government?
No, it is highly unlikely that there will be a tight, formal coordination between the federal and state governments that provide a clockwork, highly synchronized rollout plan for offshore wind. Unlike Europe, the U.S. doesn’t have national policy with a government sponsorship, protecting the developer, supply chain, and financiers from risk. That said, the U.S. Department of Energy has $4.5 billion appropriated in its loan guarantee program to support growth of renewable energy sources with a specific initiative to help finance gaps in the accelerating U.S. offshore wind sector. Support comes in other forms, for example, BOEM is working to issue new lease areas to avoid potential future slowdowns in the industry and to accelerate its processes for the benefit of the developers owning existing lease areas.

U.S. states set the offshore wind energy RPS goals and are responsible for the off-take agreements, but they are working closely with the federal agencies to coordinate offshore wind farm development across state lines. Funding mechanisms are also established by individual states, and there is an opportunity to involve the finance community early in better defining the PPA mechanisms.

However, the subsidy in the form of tax equity presents challenges given the longer lead times associated with construction of offshore wind projects (18 to 24 months) when compared with competing renewables such as solar (often less than 12 months). Tax equity typically commits no more than 12 months from their funding (which occurs around the project’s “placed-in-service date”) as their commitments are contingent on their visibility into tax liabilities, which are more transparent for their current fiscal year. However, tax equity may be able to get comfortable coming in 15 months forward.

What will help offshore wind penetrate the U.S. energy mix?
The U.S. offshore wind industry has many advantages: The technology is proven and already exists; the market size is inherent to produce economies of scale, and offshore wind policies are emerging, both federal and some state. The building blocks are in place, but sound policies are needed, and finance is the important “mortar” needed to build this industry. Two other significant factors are the states vying for scale and to capture the workforce associated with eagerness of the businesses in the growing supply chain.

What is needed for U.S. offshore wind energy to accelerate?
U.S. offshore wind projects must find ways to bridge the gap between longer construction periods and tax equity’s reluctance to provide long-dated commitments. Sound, creative financing mechanisms that provide incentives for developers and investors while protecting ratepayers will be vital to long-term, sustainable growth. In addition, the efficiencies that will be gained from ongoing deployment around U.S. waters, combined with the scale associated with the growing off-take agreements, are all going to lower the cost for the project, which will compensate for the diminishing investment tax credit. This will encourage other coastal/great lake states to embrace offshore-wind-generated electricity, which will bring a second leverage and thereby accelerate the adoption of offshore wind.