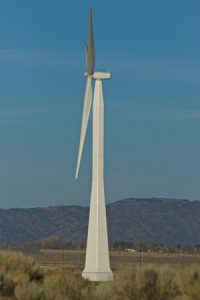 âAs we accelerate our platformâs growth in Europe, we will continue to invest in technology such as the 2.75-120âs flexible tower and other energy storage options, making GEâs wind turbines more customizable for developers and operators,â said Cliff Harris, general manager of GEâs renewable energy business in Europe.

The 2.75-120 is available on a steel, hybrid or space frame tower, helping to tailor the turbine for unique site conditions and bring wind power to new places across the continent. The range of tower height spans 85-139 meters tall.

Short-term or long-term energy storage is available with the 2.75-120, making wind power more predictable, flexible and fast responding through battery software applications. Short-term storage is integrated at the turbine level and long-term storage is centralized for the wind farm. These options further customize GEâs offering based on-site or operator needs.

The 2.75-120 follows the success of its predecessor, the 2.5-120, announced in February 2013. Forty-four are being supplied to eight new German wind farms. The 2.75-120 is part of GEâs brilliant wind turbine platform and utilizes the power of the Industrial Internet to analyze tens of thousands of data points every second, driving higher output, improving services productivity and creating new revenue streams for customers.

The 2.75-120 wind turbine is part of the companyâs commitment to technology solutions that save money and reduce environmental impact for customers. In February, GE renewed that commitment in announcing it would invest $10 billion additional in research and development by 2020. Part of that investment will go toward reducing the cost and increasing the output of its turbines to lower wind power generation costs.