Vaisala, a global leader in environmental and industrial measurement, has signed a three-year contract with Pattern Energy Group Inc., a leading independent power company, to supply access to historical and real-time lightning data for 10 wind farms in North America. The data will be used by Pattern Energy to optimize blade inspection and repair programs and to combat one of the most common causes of turbine downtime in the wind energy industry — lightning damage to blades.

Lightning damage accounts for nearly one quarter of reported insurance claims in the United States wind sector while turbine blades have the highest failure rate of any single component.

Accordingly, lightning damage to blades is one of the most common threats to the operational performance of a wind farm.

Moreover, the potential financial impact of a lightning strike to a turbine blade is twofold for wind farm operators, combining costly property damage with downtime and business interruption during inspection, repairs, and replacement. While minor blade damage may ultimately affect the long-term performance of a wind farm and drive up operations and maintenance costs, in the eventuality of a total loss, root cause analysis can take a number of weeks to perform, directly impacting project revenues. A full blade replacement could set project stakeholders back $100,000 or more depending on the extent of the damage.

The wind energy market has been slow to follow the example of other sectors in assessing the full effects of lightning damage on its assets by incorporating lightning data into its maintenance inspection programs.

However, Pattern Energy, which operates an expanding portfolio of  wind energy projects in the lightning-prone central U.S. and Canada between Texas and Ontario, has recognized the potential impact of lightning on its sites and has taken proactive steps to minimize the associated operational and financial risk as it works to re-engineer its data systems.

For the duration of the three-year contract signed with Vaisala, Pattern Energy will benefit from access to the fault analysis lightning location system (FALLS), a unique tool that allows utilities and project operators to overlay the locations of project infrastructure with correlating lightning activity on an interactive map.

The system makes use of real-time data from Vaisala’s unmatched North American Lightning Detection Network (NALDN) and will allow Pattern Energy to pinpoint the location of recent and historic lightning strikes at its sites in order to determine exactly which turbines have been affected and the extent of the damage that has been done.

In doing so, Pattern Energy will not only be able to spot blade damage early, mitigating the risk of further and more severe damage in the long-term, but it could also reduce inspection and repair costs while keeping project downtime to a minimum. Furthermore, by using Vaisala’s historic data to develop a retrospective awareness of exactly which past faults have been caused by lightning, Pattern Energy can prepare detailed insurance- and warranty-based claims. Ultimately, this information will also enable Pattern Energy to start modeling and anticipating future damage, with applications for optimizing both existing O&M efforts and, potentially, even site design.

“For Pattern Energy, it’s certainly a case of looking back to move forward,” said Remus Zaharescu, global manager of Energy Sales at Vaisala. “By conducting a thorough assessment of historic cases using Vaisala’s extensive database of lightning activity, Pattern Energy’s operations team is setting a new standard for the mitigation of lightning risks.”

According to Zaharescu, by targeting blade failure, Pattern Energy is in turn enhancing the industry’s knowledge of one of the key issues affecting the performance and profitability of wind energy sites globally.

“While there is no way to eliminate the risk of lightning, FALLS has helped us look back and quickly assess turbine damage, enabling us to determine whether lightning truly caused damage and exactly when that damage occurred,” said Ben Rice, operations engineering manager for Pattern Energy. “This saves a great deal of time and effort when it comes to blade inspections as well as huge costs. The repair cost for a blade is tens of thousands of dollars, while replacement is in the hundreds of thousands. By comparison, the annual cost for Vaisala’s data across our entire wind fleet is a small fraction of what we would spend to replace a single blade replacement so it clearly pays for itself and is well worth the investment.”

Vaisala FALLS is used by 80 percent of the top revenue-generating utilities in the U.S. It is also incorporated into the operations of electric utilities in 15 countries worldwide. The NALDN lightning network in the U.S. and Canada is complemented by Vaisala’s GLD360 Global Lightning Dataset, a service that provides real-time lightning data for accurate and early detection of severe weather worldwide. To learn more, download Vaisala’s new case study highlighting Pattern Energy’s use of lightning data from the Vaisala website.

For more information, go to www.vaisala.com/energy. 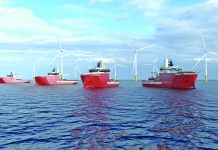 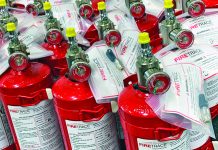