Wind gearbox technology is developing at a fast pace, not least due to operators demanding ever more power and efficiency. Experience has shown that the lubricant used is a crucial factor in meeting the wish for ever-increasing performance. Besides strictly technical requirements, aspects of economy and ecology are receiving more and more attention in lubricant selection.

The technical requirements to be met by a lubricant are defined either by the gear manufacturer, by pertinent standards, or the operating conditions. Among the “classic” requirements are a specific nominal viscosity, viscosity index, service temperature range, and minimum scuffing load capacity, as well as compatibility with the elastomers that are used for radial seals. In heavily loaded spur gears, sufficient micropitting resistance and good antiwear characteristics of the gear oil used are today also considered important. What machine operators basically expect from a special lubricant is cost reduction. This is attained by long oil life, simple oil change, wear-free or near-wear-free operation, and high efficiency in all lube points. Consequently, these are the factors that are foremost taken into account for the development of new gear oils by Klüber Lubrication.

Base Oils Determine Technical Performance
The first important decision is the careful selection of suitable base oils. Synthetic base oils are often chosen since their characteristics can have a very positive effect on the gear oil to be created.

Table 1 compares a number of typical base oil characteristics. The more suitable the base oil is, the less will additivation or other adjustments become necessary at a later stage to attain the desired properties. An example of such adjustments is the addition of so-called viscosity-index-improvers, which can substantially enhance the viscosity-temperature behavior of mineral oils. On the other hand, the chemical makeup of such polymer additives may lead to the breaking of molecular chains under the shear rates commonly found in gear contacts (approx. 10-6 1/s), which counteracts the desired effect of a higher viscosity at elevated temperature. This problem is prevented if oils with a higher viscosity index are used in the first place.

Lower Friction Improves Efficiency
Figure 1 shows the friction coefficients of several base oils measured on a two-disk test rig. This test rig allows friction coefficients to be determined under conditions as prevail in gears. It can be seen that the polyglycol-based gear oil Klübersynth GH 6-150 in particular leads to significant friction reduction. Depending on the type of gears lubricated, this may bring about considerably better gear efficiency. The positive effects of a higher efficiency are manifold. One is lower energy consumption at constant output power. Lower oil temperature and hence longer oil life is another. Obviously, this leads to a reduced oil consumption, but also to savings in terms of time and money to be spent on oil change.

These benefits have been proven in tests conducted on Klüber’s worm gear test rig, as shown in Figure 2. Figure 3 shows some exemplary results for Klüber gear oils. When the polyglycol oils are used in heavily loaded worm gears, temperature reductions by more than 40 °C and energy savings of 30 percent are realistic. Whether the oils tested were gear oils for general applications (Klübersynth GH 6 series) or special oils for the food-processing and pharmaceutical industries (Klüberoil 4 UH 1 N series, Klübersynth UH1 6 series) had no effect on these results. The latter can generally be expected to offer the same if not better performance than conventional gear oils. Oils based on polyalfaolefins, e.g. Klüberoil 4 UH1-460 N, do not perform quite as good as polyglycol oils, however they still offer significant advantages over mineral oils. Such polyalfaolefin-based oils might be recommended for use in old gears where compatibility with paints and seals of unknown origin are a particular priority. Polyalfaolefins can also be mixed with mineral oils. What should be noted, though, is that conversion to a food-grade oil always requires thorough cleaning of the machinery since an undefined mixture of old and fresh oil will fail to satisfy food safety requirements.

Additives are particularly important under conditions where no separating lubricant film can form. Such conditions are found, for instance, during the running-in of gears, or in gears driving low-speed machines as well as in stop-and-go operation.

Wear Protection for Longer Service Life
Figure 4 shows the differences in wear behavior attained with different oils in worm gears. The results shown were again obtained in tests on the Klüber worm gear test rig. The left axis of the diagram represents the weight loss of the worm wheel after the test, while on the right the wear rate of the wheel is shown. Seen in combination, the results allow a differentiation between running-in wear and permanent wear. Under the selected operating conditions it can be assumed for the mineral oil that wear on the worm gear will decrease tooth thickness at a rate of approx. 1/1000mm per hour. With the Klübersynth GH 6-460 oil, on the other hand, there will be only minimal tooth wear. It is obvious that the particular characteristics of this oil cause pronounced running-wear on the gear; however, the permanent wear setting in after a certain time is very low. Naturally, the life of both the gears and the gear oil benefit from these characteristics. If wear on the worm gear is eliminated or kept to a minimum, the replacement of parts or even the whole gear system can be avoided. At the same time less wear particles contaminate the gear oil, which means the latter can be used longer, irrespective of the base oil characteristics.

An oil’s service life is primarily determined by certain factors and by the way they interact, which is shown in Figure 5. In this figure, oil sump temperature is indicated as a function of oil service life. The slope of the curves is due to the so-called 10 K rule, saying that a temperature increase of 10 Kelvin doubles the speed at which chemical reactions take place. Applied to the service life of gear oils, this means that their life is cut by half with every 10 K temperature increase. The curves for mineral oil and polyglycol have been taken from the literature, where they have been published on many occasions. Klüber Lubrication drew on their practical experience in the use of polyglycol oils by performing numerous used-oil analyses with this oil type and evaluating them. Some of them are shown as symbols in the diagram. All results stem from applications where there was clearly no gear damage due to the gear oil being past its service life. The results of this evaluation show that the selection of the right base oil can contribute decisively to attaining a longer service life. A polyglycol oil used in a gearbox application can last five times longer than a mineral oil. This is without taking into account that if, for example, a Klübersynth GH 6-460 oil is used, the operating temperature will go down considerably and the amount of wear particles be reduced, which will additionally extend the oil’s lifetime.

The fact that the oils discussed can be used both in spur gears and in worm gears greatly facilitates maintenance in that it allows a streamlined product range. Fewer oils are kept on stock, which helps to avoid confusion. Hence, the consistent use of synthetic gear oils leads to significant cost savings for the operator, which may justify the higher purchasing costs for synthetic oils compared with those of mineral oils. It makes therefore sense to choose a more global approach to cost considerations, and in particular to include maintenance and repair. 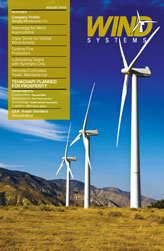