Oregon is assigning its first floating wind sites following progress in California, but power authorities must work with fishing groups and upgrade transmission to minimize costs.
In April, U.S. federal authorities launched a call for interest for two offshore wind areas off the coast of Oregon. The Bureau of Ocean Energy Management (BOEM) set out areas in the deep waters of Coos Bay and Brookings in southern Oregon, more than 12 nautical miles from the coast.

The calls form part of the Interior Department’s plan to hold up to seven offshore wind lease auctions by 2025 and follow similar calls in California that have led the state to announce the sale later this year of five offshore wind leases.

The Brookings area lies next to the California border while Coos Bay is situated 100 miles farther north. Coos Bay offers some of the strongest offshore wind resources in Oregon and could supply power at $53/MWh, the U.S. National Renewable Energy Laboratory (NREL) said. The Oregon state government is studying installing 3 GW of offshore wind by 2030 and this could reduce annual power generation costs by $86 million, NREL said. Offshore wind developers in Oregon will be boosted by recent progress in California but local opposition and a lack of grid and port infrastructure remain a risk.

“BOEM plans to lease the areas in late 2023. There will be calls to delay development, but the imperatives of addressing climate change and the obvious benefits of [shifting to] renewables will likely help keep us on track,” said Pacific Ocean Energy Trust executive director Jason Busch.

Earlier this year, developers bid a record $4.4 billion to secure six offshore wind leases in the New York Bight in the largest U.S. lease tender to date. The allocated leases require engagement with Tribes, fishermen, and other local stakeholders.

BOEM is at the early stages of offshore wind leasing in Oregon but is “committed to working with all ocean users, including the fishing community,” a BOEM spokesperson said.
Designated sites would undergo environmental review before leases are allocated under commercial tender.

Busch expects the environment assessments in Oregon to “read somewhat similarly.” Additional concerns in Oregon include migratory routes for whales and ocean birds and the preservation of the coast’s natural beauty, he noted.

The state of Oregon will support “responsible” offshore wind energy development that factors in the natural resources of the area and its existing uses, said Andy Lanier, Marine Affairs Coordinator at the Oregon Department of Land Conservation and Development. 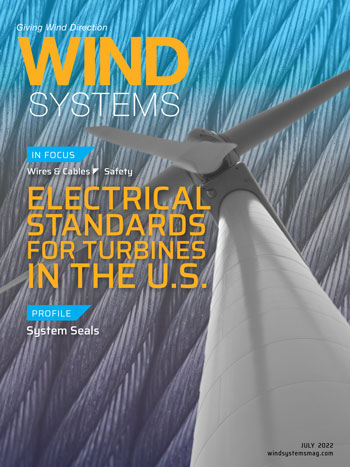