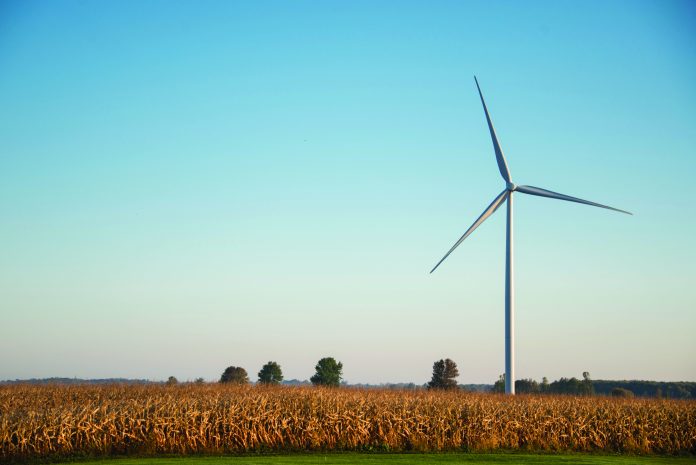 The Canadian Wind Energy Association’s annual wind power show is October 3-5 in Montreal, and it has evolved quite a bit since CanWEA began in 1981.

The theme behind this year’s show is “energy transition.”

“It’s driven by recognition that the electricity grid and the electricity system is undergoing some very fundamental changes at this time, and being driven by a number of different things such as advances in technology and growing environmental concerns,” Hornung said.

Wind is riding a tremendous wave in Canada, according to Hornung, with energy produced from wind being the largest source of new generation in Canada for more than a decade.

“We’re now the eighth largest wind-energy producer in the world,” he said. “And we’ve really only scratched the surface.”

At the conference, officials will discuss what that energy transition means for wind in terms of emerging opportunities that wind energy can take advantage of, Hornung said.

“I think the answer, which we will be exploring over the course of the conference, is that the future is very bright for wind, and it will play a growing role in helping to ensure that Canada has viable and clean electricity,” he said.

Conference sessions will tackle this topic head on.

“We will spend some time envisioning what the electricity grid will look like in 2050,” Hornung said. “And we’ll hear from companies in terms of what they’re doing today to prepare for that future. We’re going to look at some of the drivers for future growth in wind energy and renewable energy going forward through electrification, and who are involved in those efforts.”

In more detailed sessions, attendees will explore the Canadian wind-industry fleet, as well as look at wind-resource assessment, a whole range of operations and maintenance issues, and the opportunities to export wind energy to the U.S., according to Hornung.

“We saw a really strong set of submissions from Canada into the recent Massachusetts RFP,” he said. “Over 3,100 MW of wind energy were bid into that process.”

The annual show has come a long way from its humble beginnings, according to Hornung.

“There’s always been an annual event like this,” he said. “In the early days, it started as more of an academic conference, where researchers would share information about technology and wind-resource assessment. As the industry started to get a foothold, then you started to see an exhibition develop, particularly as wind-project developers wanted to make their names known.”

As the industry grew, the exhibition side shifted to showcase not only developers, but also manufacturers and components suppliers.

“I started at CanWEA in 2003, and the CanWEA conference in my first year here was in Pincher Creek, Alberta. There were 300 people at the event,” Hornung said. “The industry has grown and matured. It is now very much mainstream. It is very much a business. And I think the conference has grown and evolved to reflect that. Now, we expect 1,500 delegates. We expect close to 150 exhibitors.”

Wind continues to be a vibrant industry with a strong future, according to Hornung, and the conference reflects that.

“It’s gone through a tremendous evolution, but we’re very proud of the fact that it remains the event in Canada to explore wind energy and the opportunities and challenges that it faces,” he said. “And it’s an event that’s a lot of fun.”

For more information, go to windenergyevent.ca.