Canada is once again experiencing renewables growth, but the country still has a lot of work to do to meet set emissions reduction targets.

Renewable energy grpwth in Canada started accelerating in 2021, and it’s expected to grow even more by the end of 2022.

According to Robert Hornung, president and CEO of the Canadian Renewable Energy Association (CanREA), Canada saw almost 1 GW of new capacity installed in 2021. That gigawatt broke down into about 700 MW of wind and about 300 MW of solar.

“That was actually the largest annual installation we’d seen in about five years, so that was a really positive step,” he said. “But the good news is that we’ll blow by that this year. And we’ve already seen significant new builds so far in 2022. We may end the year with somewhere between 2,000 and 3,000 MW of new wind and solar capacity installed this year, and that’s something we would expect to see again the following year. We’re at the beginning of a new wave that is coming for wind and solar deployment in Canada.”

Even though renewables growth in Canada is accelerating, it still has a long way to go in order to meet some important targets that have been set by Canada’s federal government — namely, net-zero greenhouse gas emissions by 2050 and a net-zero electricity grid by 2035, according to Hornung.

“Despite the 1-GW growth, and then between 2 or 3 GW this coming year, we probably need to be installing more at the rate of 4 to 6 GW a year if we’re going to meet those targets,” he said. “So, there’s still a lot of work to do.”

Part of that, according to Hornung, will depend on policy certainty.

“We have clarity on carbon pricing in Canada until 2030,” he said. “We don’t know what happens beyond that. We are going to have a regulation in place for a net zero grid by 2035, but that’s still in development. So, securing policy certainty is critical to enabling the new deployment required.”

In order to expand wind and solar at the scale needed to meet those goals, Canada will need to look at reforming the permitting processes in order to make them more efficient so projects can be deployed at a quicker rate.

In order to do that, Hornung said more clarity will be needed in terms of what that pathway is going to look like. For example, between now and 2030, how much wind and solar can the country procure in the different provinces and at what rate? That is necessary information that will give investors and developers an opportunity to plan ahead. And with the recent passage of the Inflation Reduction Act in the U.S., the renewables marketplace is about to become much more competitive in North America.

“The passage of new legislation in the United States will provide some significant incentives for wind and solar deployment going forward,” he said. “And Canada has to compete for that investment. So, there’s a strong incentive to provide more clarity on the pathway going forward. I can tell you the industry is ready to respond. We just need to see more clearly what that path is going to look like.”

Across Canada, however, there are many signs emerging that support meeting those ambitious net-zero goals.

Carbon pricing is still a major issue, and Hornung pointed out that important foundational policies at the federal level are moving into place, which will send signals to the industry about the rising carbon price.

“Although we don’t yet have any clarity after 2030, we do know that the carbon price is increasing steadily until 2030, and it’ll be $170 a (metric) ton in 2030 — that’s a significant amount,” he said. “The clean electricity standard will send a very clear signal when that regulation is released, which is supposed to happen next year. The federal government has also made a commitment to develop an investment tax credit for energy storage. It has some funding programs to support smart grid investments and new technologies to contribute to integration and reliability within the renewable sector. So, that’s also helping to defray some costs and move some projects forward. We do see a number of growing initiatives like that.”

On the provincial level, it varies from province to province, according to Hornung.
“Running quickly across the country, in Alberta, the market is driven by corporate PPAs,” he said. “And I spoke to the fact we’ve had contracts signed that will lead to 2 GW being installed just in the last couple years. Saskatchewan has recently announced a new small procurement for solar, just 100 MW, but it has indicated that in the fall, there’ll be a much more significant procurement for wind and solar. Ontario has said that it’s going to move forward with a 4,500-MW procurement. It’s not just for renewables; it’s a broader procurement, but renewables will, we hope, have the opportunity to compete in that.”

In order to get to that 2050 net-zero goal, Canada will have to double its electricity production, according to Hornung.

And even though supply chain issues and COVID-19 have pushed costs up, those cost increases have affected all energy production, not just renewables, according to Hornung.
“It hasn’t weakened wind and solar’s competitive position relative to other technologies,” he said.

Recently, the Canadian Climate Institute released its report, called “The Big Switch,” that looked at what’s expected to happen to electricity between now and 2050. The CCI reviewed six different studies on net-zero pathways to get there. Those studies found wind and solar would have to move from 6 percent of Canada’s electricity today to somewhere between a third and three quarters of Canada’s electricity by 2050 in a grid that is twice as big as it is now.

“The growth is actually phenomenal,” Hornung said. “We released a vision document last year at our conference, actually, — a 2050 Vision document — where our own review of some of those net-zero studies concluded that wind and solar capacity in Canada will probably have to increase about tenfold between now and 2050 if we’re going to have any hope of meeting these targets.”

New technologies will help play a part in meeting those goals, according to Hornung.
“Where we’re seeing a lot of innovation at this point, I think, is more on the distributed-energy resources side and on the smart grid technologies that’ll help facilitate the interaction of those distributed renewables with electric vehicles or with the electricity grid as a whole as we switch from a one-way grid to a two-way grid,” he said.

A challenge for Canada, according to Hornung, is it is behind other countries in terms of a smart grid and distributed energy resource (DER) deployment.

“We’re still, in many ways, at the pilot project stage with a number of these technologies,” he said. “But those pilots are also demonstrating there’s a real value in terms of looking at things like non-wires alternatives to transmission build. There’s a lot of untapped potential there that we’ve only begun to scratch the surface of. I think with the utility scale stuff, there’s also a lot of untapped potential, but we’re already starting to capture that and build on that with the projects that are moving forward. We’re only at the beginning of the process with respect to DER.”

Even before the passage of the Inflation Reduction Act in the U.S., Hornung said there had already been strong interest in an increased collaboration between Canada and the United States, for example, in terms of raw materials for batteries and for electric vehicles new and transmission interties.

“There’s a growing recognition that we want to increase some of those linkages between the two countries,” he said. “But I do think that a lot of the measures that are included in the legislation that will be coming forward in the United States are actually ones that pose a competitive challenge for Canada.”

The desire to shift to renewables is growing every day, and investors have a choice as to what markets they want to invest in, according to Hornung. And they will choose markets that would provide the greatest certainty, the lowest risk, and the highest prospect of returns.

“Some of the provisions in the U.S. legislation are quite significant, and provide certainty — relative to historic levels — for example, 10 years of certainty on investment tax credits for renewables,” he said. “These things are really a major step forward. And Canada has nothing like that at this point. So, I think it’s kind of a wakeup call for Canada, that if we’re going to compete successfully for some of this investment, then we’re going to need to grow our renewables, and we’ll need to step up our activities in support of them as well.”

Part of that will need to involve some general recognition that Canada will have to step up its efforts, according to Hornung.

“At this point in time, there was a study just recently released that showed that, of the G20 countries — excluding China and Russia — there was less government funding for renewables in Canada than in any other country of that group. We do have opportunities to increase our investment in an area that we all recognize will be essential to meeting our climate commitments.”

“There has been relatively limited government investment in renewable-energy projects directly,” he said. “When the renewables industry started in Canada for wind and solar, there was a clear desire by governments and utilities to have that developed by the private sector, and that has continued for the most part today, and we believe the private sector is well positioned to deliver the new renewable energy Canada needs.

“We are, however, starting to see more examples of utility engagement. For example, Hydro-Québec has formed partnerships with independent power producers to jointly develop renewable energy projects, and I think there’s a chance that we’ll see more of that across the country in the future.”

Quite a few challenges must be overcome in order for Canada to meet its ambitious net-zero goals, but Hornung emphasized the country is well positioned to tackle those challenges head on.

“We really are at a unique moment right now in Canada, where we can see the foundation being built that will enable a significant acceleration in wind and solar deployment in this country,” he said. “There’s still work to do to get that in place, but the level of interest, the level of optimism that exists in this sector in Canada, has increased significantly over the last couple of years. People are very, very bullish about where this market is going.”

Electricity Transformation Canada is CanREA’s annual conference and is expected to attract key stakeholders looking to advance the global electricity transformation to Toronto from October 26-28, 2022. Participants will include utilities, system operators, governments, end-use sectors undergoing electrification, and a variety of energy professionals. For more information, go to electricitytransformation.ca. 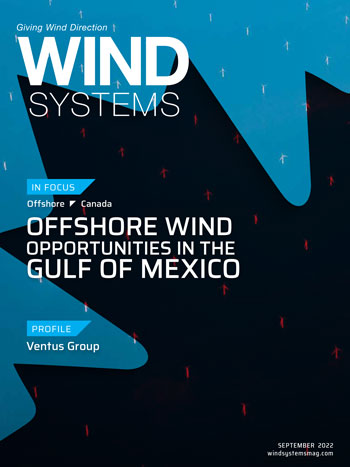 The Rise of the Rescue Kit