“When the wind industry became established in the early 2000s, it became apparent that noise emission was an issue with rotor blades at the time,” said Dr.-Ing. Knud Rehfeldt, managing director of Deutsche WindGuard Engineering GmbH. “The existing wind tunnels, with their high background noises, could not provide the testing conditions for the new industry requirements. So, when some of our customers approached us about a wind tunnel for rotor-blade aerodynamics, we thought that was a great idea and immediately got to work”

In 2006, WindGuard’s Knud Rehfeldt and his team set out to develop a wind tunnel specifically for the wind industry. It would have to have an excellent flow quality, a low background noise, achieve high wind speeds and Reynolds numbers. To reduce the sound level of the wind tunnel itself, the tunnel is built with acoustically-decoupled sections, and incorporates about 2,000 square meters of special noise absorbing elements. The tunnel was built in 2007 and inaugurated in 2008.

“Today, the maximum flow speed of the wind tunnel reaches 360 kmh with Reynolds numbers of 6 million, and the background noise level has been reduced by more than 10 dB,” said Nicholas Balaresque, head of acoustic wind tunnel testing at Deutsche WindGuard. “The collaboration between colleagues from many WindGuard departments has been crucial for the successful outcome of many campaigns. Especially the synergy that has developed between all seven WindGuard wind tunnels has helped improve the measurement quality and extend the range of offered wind tunnel related services.” 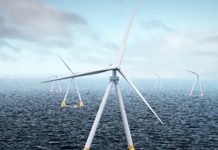 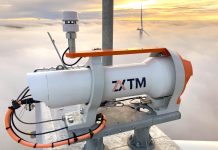 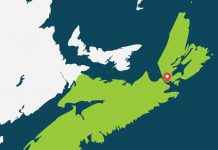