Home Crosswinds A Renewable Future is Now in Reach

As the energy industry evolves, companies and technicians need to be mobile, innovative, technology-focused, and work to ensure knowledge is shared and a competitive advantage is gained.

Companies in the renewable energy industry have historically faced cost challenges in creating a sustainable business model, preventing renewable energy sources from challenging traditional oil and gas. However, now the technologies behind harnessing wind and solar energy for low-carbon electric power generation are reducing in cost, boosting the global renewable energy capacity. This means that for the first time in history, a renewable future is within our grasp, bringing with it both a plethora of job opportunities for skilled professionals and growing talent pools for companies seeking to staff their worksites.

The sustainability of our energy sources is vitally important for our planet, and this is driving many major energy companies to invest in alternative power sources. Several major oil companies, such as Royal Dutch Shell, ExxonMobil, BP, and Chevron have all entered into the renewable energy sector and invested in non-fossil fuel businesses. Because of this, energy consumers are seeing utility-scale solar and wind, combined with the battery storage needed to implement these power sources, becoming increasingly more competitive and attainable. The renewables industry is experiencing remarkable advances in cost-competitiveness because technologies that were once immature and hugely expensive are becoming a thing of the past.

Between 2009 and 2017, prices dropped by 76 percent for solar panels and by 34 percent for wind turbines, making them, for the first time, more competitive alternatives to fossil fuels and other low-carbon energy sources such as hydropower and nuclear.

Utility providers are not only seeing falling costs in the technology needed to harness renewable power, but also seeing the installation costs follow suit, especially when more established technologies of onshore wind and photovoltaic (PV) solar are concerned. Projects that initiated construction at the start of 2019 cost $50 per megawatt-hour, which is 10 percent lower than it was this time last year, and solar projects are, on average, 18 percent cheaper at $57 per MWh.

Renewable energy may be becoming more affordable, but it’s still not able to take on the full weight of providing power to our homes and communities. According to the U.S. Energy Information Administration (EIA), in 2017, the average annual electricity consumption for a U.S. residential utility customer was 10,399 kilowatt-hours (kWh), with an average of 867 kWh per month. Louisiana had the highest annual electricity consumption at 14,242 kWh per residential customer, and Hawaii had the lowest at 6,074 kWh per residential customer. The criticism has always been that renewables can’t meet residents’ electricity demands as the sun doesn’t always shine, and the wind doesn’t always blow. This is where fossil fuels, currently, have a significant advantage.

However, there is a crucial role renewables can play thanks to battery storage. Battery storage can provide “dispatchable power,” meaning it can be delivered when it’s needed, rather than only at the time it’s being generated. This missing link would enable the power that’s generated to be saved and kept for future use, and the good news is that the prices of batteries are also decreasing. New research from Bloomberg NEF (BNEF) shows that the cost of lithium-ion batteries has fallen by 35 percent over the past year to $187 per MWh, while the cost of offshore wind is almost a quarter (24 percent) lower than this time 12 months ago.

In the past, renewables have struggled to meet the peak times of electricity use whereas fossil fuel companies thrived with the use of open-cycle gas turbines and gas reciprocating engines. Now, batteries are shaking up the energy industry with their ability to store up to four hours of energy to meet peak time demands. Although, while the current battery technology can handle peak hours, they are still unable to compete with the bulk power function served by combined-cycle gas plants.

However, when battery storage works in conjunction with clean-energy sources such as solar power and wind power, renewables can compete with gas and coal power, even without subsidies. Making this even more of a reality is the plummeting costs of battery storage and offshore wind farms.

Offshore wind farms, constructed in bodies of water where higher wind speeds are available, are larger and taller than their onshore counterparts with no physical restrictions such as hills or buildings that could block the wind flow, allowing for more energy collection. Also, offshore wind farms have a relatively low impact on the environment. They are not built in shipping lanes, fishing areas, or in a delicate environment. It is clear that wind power is increasing in popularity around the world as the technology becomes more financially sustainable and global policies and targets on climate change are created.

At the end of 2018, the installed wind capacity across the world reached 597 GW, which was an increase of 18 percent compared with 2017. Once more, many countries outside of the traditional energy markets of Europe and North America are driving the trend. At the end of 2018, China accounted for roughly 34 percent of global installed wind power capacity, roughly the same as the whole of Europe.

The Rise of Renewables

Renewable energy now accounts for a third of our global power capacity, according to new data released by the International Renewable Energy Agency (IRENA), and almost two-thirds of this generation capacity was led by emerging and developing economies.

They report that Asia accounted for 61 percent of total new renewable energy installations and grew installed renewables capacity by 11.4 percent, with Africa following closely behind with a rise of 8.4 percent. But despite this, growth was fastest in Oceania as they observed a 17.7 percent rise in 2018.

In April 2019, the U.S. renewable energy sector generated more electricity than the country’s coal power plants for the first time in history, according to analysis by the Institute for Energy Economics and Financial Analysis (IEEFA). This is a trend that’s predicted to continue as time goes on. Not only is the renewables sector providing price parity, it is also providing grid performance parity. Grid performance parity is made possible because PV solar and wind-power providers have scaled their operations driven by the improvements in technology, thus expanding their capacity for power generation and driving down installation costs.

Additionally, the market announced late last year the world’s largest wind-turbine blade specifically for offshore wind projects. Astonishingly, the wind turbine blade is more than 300 feet long. With larger blades and a larger machine, we will see bigger yields, larger outputs, and better economies of scale for the same type of technology, therefore a lower cost per MWh. Thanks to these technological advances and innovation, the costs associated with the renewables industry have fallen much quicker than predicted.

The energy industry is evolving, and the new generation of renewable energy engineers needs to be mobile, innovative, technology-focused, and work across the organization to ensure knowledge is shared and competitive advantage is gained. According to data from the International Energy Agency (IEA), over the next 20 years, renewable energy will be the fastest-growing energy source in the world, meaning there will be many job opportunities for skilled energy professionals. NES Global Talent, an award-winning workforce solutions specialist, is helping renewable companies build the talent pools they need for the future. Using their in-depth understanding of the current and future challenges facing the renewables industry, NES works in partnership with its clients, offering a global network of talent and local market knowledge that can deliver complete renewables workforce solutions. 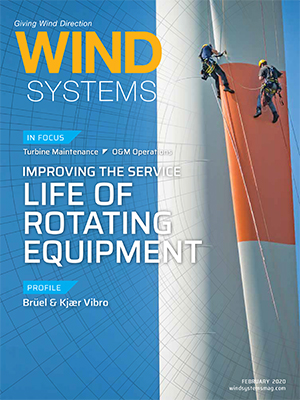