When equipped with better data and insights, what can wind companies accomplish? Is there an urgency to get more out of their data?

Yes. There is an urgency for this reason: What we’re seeing is power prices continuing to go down. As power prices go down, you have to be better at your operations. You’ve got to do two things: You’ve got to make sure you’re producing as much power as you can and get it into the market and get paid, and you’ve got to reduce your costs. Data can help you with both of those significantly. They go together if you do them intelligently.

[As a power producer], the first thing you need to do is be available. With insight and data, you can begin to not only detect anomalous behavior, but you can move faster and take action to fix it. You’re trying to be much more predictive. You’re not only trying to detect failures, but predict them so you don’t have the downtime. And if you know what’s going to happen and you can predict that, you can integrate that into your work plan and your parts ordering and fix it at the right time and at the lowest cost. If it breaks, then you’re scrambling and reacting to a problem that will cost you even more money.

The second reason why data is important is even when you are performing at the level you should be, there’s a maximum amount of megawatt-hours that you’re supposed to be producing when you’re operating. The question is: Are you actually producing those number of megawatts? It’s the equivalent, basically, of your car is running, but your fuel efficiency stinks. We want to give you the insights to tell you you’re available, but you’re not actually performing at the level you should be; you’re not actually getting the fuel efficiency. So, here’s why you’re not, and here’s what you should do about it so you can get more out of that asset.

Working with MidAmerican Energy and other wind operators, what are some things you’ve learned that surprised you?

One thing we learned across multiple customers that was pretty shocking is that little things can result in big things. Typically, with a gearbox fix or a blade failure, you expect to find value there. But, what surprised us was the returns we saw by tracking the health of smaller parts, such as an anemometer, for example. That’s a $5,000 part. Another example was a site where a turbine was broken. It was underperforming by 12 percent, and it was costing them $20,000 a year — that’s just for one turbine. So that one turbine needed a $5,000 part. And if you multiply that by 100 turbines on a site, you get real money.

The other thing we’re seeing is there’s a bunch of stuff that’s really hard. Solving some of these problems that we’re trying to optimize on-site really takes some serious processing, data science, and ingenuity. Take wake management. When you’re on-site, there’s a wake effect on that site, which affects the performance of the turbine. We’re starting to figure out how we actually model that so you can actually understand what that wake effect is and how to optimize the turbine. And right now, it’s something that people haven’t done. If you’re an individual company trying to solve this problem by yourself, it’s going to be really hard.

Uptake works across several industrial sectors, such as rail and transportation. You recently announced a partnership with the U.S. Army to support their Bradley vehicles. What can the wind industry learn from these sectors’ adoption of AI and data analytics?

Stepping back, all industrial sectors can first learn from how the consumer and retail sectors used data and data science. Take Uber. That’s a $60 billion digital company, and they don’t own any assets. There’s a broader message here regarding the digital transformation of industries: It starts with looking for ways to use your existing data to optimize your assets.

There are lots of lessons to be learned from other industries on how they use data to improve their asset performance. At Uptake, we built a platform within data science with a machine-learning engine that are industry agnostic. Many of these problems are similar across industries. We have a failure prediction engine; we have an anomaly detection engine. We can tune those to each asset type.

The way digital typically works is you bring it in and you optimize your current business model and make it better, which is what we’re doing through the Uptake platform right now. But typically, digital also changes the way a business model works. And what industries can learn from each other is: What happens when you start getting really good at data science and predictive failures, and what does that mean about your industry?

An example is the Rolls Royce engine. They sell those on sort of a power-by-hour basis. They’re not even selling you the asset itself. The reason they do that is they have so much confidence to predict and monitor the health of that asset. And that’s where one industry can look at another’s history and say, you’re going to end up there. You may not be there today, but you’re probably going to end up there, which changes every way of how you’re going to sell your product.

What different value does predictive maintenance provide to different team members at a wind company — from a technician to a site manager to a CEO?

In most sites and most farms in most places, there isn’t a single version of the truth. With the Uptake software, you are getting a single version of truth across all the major stakeholders. Here’s why that matters: As an executive, I can use the software and see what’s going on with my turbines. I know what’s down. I know why it’s down. I know how much money I’m losing because it’s down.

And that ties into what the engineer is seeing, who’s actually monitoring the performance of the turbine. They’re actually creating cases around what problems they should go fix based upon what they’re seeing in the data based upon the insights that we’re giving them.

That also ties into the site supervisor who is looking at, from an availability perspective, what work do I need to prioritize, what work do I need to put into the order system to get it done at the right time, so I don’t have any downtime. And that feeds to the technician supervisor who’s on the ground doing the plan of day, so they can see that and say, “OK, this is the plan of day and the priority of what I need to go fix today.”

That gets to the technician, who gets that work order, and they know what to go do. Once they do the job, they report it back through the same system, and if I’m the executive, then I know that job is done.

A lot of this is about sharing information in a way that everyone knows what’s going on, and there’s a single version of the truth. It’s about everyone agreeing with the priority of the work, when it needs to be done, and how it needs to be done. And a lot of it is about how do I do that work in a way that is predictive, so I’m not reactive, and I’m actually getting ahead of it, so I don’t have downtime, and I can also align my cost structure in a way that I’m getting the lowest unit cost possible.

How can wind developers get the insights down to the technician in a way that they can easily act on?

There are one or two ways that we do it. If you already have some kind of work management system, then we generate the insight through an Application Programming Interface (API). You want to be able to deliver those insights into your existing work management system. The main thing is you want that insight to be on the radar of the site supervisor and the technician supervisor who are prioritizing the work. Once they have that, then they can easily send a technician who’s already going to the site. The other option is: We have a front-end application that can be deployed on a mobile device that makes it easy for someone to prioritize the work and pick it up on their mobile, iPad, iPhone, or whatever device it is. And it can get integrated into their plan for the day.

Uptake released a report earlier this year showing if the U.S. eliminated downtime in its wind fleet, it could add 12 terawatt hours of energy (enough to power all the homes in Chicago for a year). How realistic is that and what would it take to get there?

To get there, it’s going to take a willingness for companies to embrace data-driven insights. And there’s a network effect in that — the more people who use it, the smarter the algorithms become and the better we will become at it. The reason we put out that report is to show the opportunity. Having grown up at Exelon, knowing that their nuclear plants operated at 48 percent capacity, and by really focusing on it, they got it up to 93 percent, and now that’s pretty standard across the industry. So, our belief is it’s infinitely doable if we focus on it in the same way we focused on nuclear. And if we share insights, I think we can get there faster. 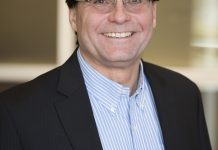