HUVRData, LLC, the drone-based data analytics company, officially launched and announced $2 million in funding from angel investment organizations that include the Central Texas Angel Network (CTAN), Houston Angel Network (HAN), and the Texas HALO Fund, a sidecar angel fund sponsored by HAN. In the past one-and-a-half years, HUVR has built out its technology, secured full FAA approval for its commercial drone applications, and established its value to first target markets of wind, solar, oil and gas, and precision agriculture.

“The response to HUVR to date has truly been astonishing,” said co-founder and CEO Bob Baughman. “Our wind farm inspection packages provide wind farm owners actionable data that can save significant operating expenses and provide this in a way that is much more efficient and cost effective than conventional methods. The investor response was so positive that we raised more than we planned to enable more investors to be involved with HUVR now, which will allow us to expand even more aggressively.”

HUVR delivers valuable data analytics using drone-based inspections and cloud-based services. It was among the first companies to obtain FAA authorization to fly drones for industrial applications. The company has already engaged customers in the wind industry and will expand to oil and gas, solar, and precision agriculture.

As one of the industry’s first business applications of drones, and with HUVR’s unique cloud and data analytics focus, it attracted interest from many investors, including those who were a part of the initial $2 million raised from CTAN, HAN, and the Texas HALO Fund, “HUVR combines the vision and technology valuable to the Houston-based oil and gas industry,” said Bill Hughes, deal lead for the HAN. “HUVR’s impact can span the Gulf Coast and beyond. Investors saw the clear value HUVR can deliver in multiple segments of the energy industry.”

Also, according to Gene Betts, CTAN board member and deal lead, Austin is rapidly earning its place as a clean tech hub.

“We see a lot of very interesting businesses at CTAN, and HUVR stands out as one of the first movers in a truly new space run by experienced founders with excellent track records,” Betts said. “They have already demonstrated their capabilities in the wind farm area and are set to launch and expand their services through this raise.”

HUVR is focused on working with wind farm owners and repair companies to perform regular and ongoing turbine assessments of entire wind farms, identifying and diagnosing damage from cracks, lightening strikes, and more. HUVR’s methods are at least four times faster than current manual methods and are much safer. HUVR’s unique cloud-based delivery systems allows customers to access their information in real-time and have it available in a secure and safe cloud platform.

Today, traditional labor-intensive inspection methods allow for approximately 30 percent of a fleet of turbines to be inspected annually. Now, an entire wind farm can be monitored frequently and thoroughly with problems spotted immediately. This provides a revolutionary new operations and maintenance method that wind farms can now take advantage of to reduce costs and keep the turbines turning. 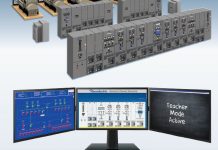 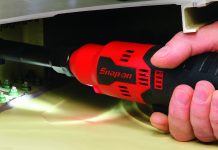 With Potentially Millions Of Dollars On The Line, Donât Nickel-And-Dime End-Of-Warranty Inspections

Reygar to work with EDF to streamline offshore operations