With a thriving ecosystem of innovation tailor-made to help companies achieve their goals, not only in sustainability but in international growth and expansion, Ireland is an environment primed to support continued business recovery and continued momentum in sustainability.

Ireland has long been associated with the color green. And today, the country hopes businesses make that connection with Ireland’s bold steps toward building a thriving green economy.

In fact, Ireland has a strategy to become a major investment hub for companies focused on sustainable and renewable growth. In January 2021, Ireland announced the National Recovery and Resilience Plan as a result of the COVID-19 pandemic. As stated in the plan, advancing the green transition was listed as a top priority for the Irish government as it continues its efforts to meet the country’s green economy goals. One of these goals includes cutting greenhouse gases by 51 percent by 2030, highlighting an urgent need to invest in a more sustainable economy to ensure this goal is met.

Additionally, business leaders grappling with the best way to hit sustainability targets, while addressing challenges such as energy price spikes, resource shortages, and environmental issues, are looking for the most strategic opportunities to “green up” their operations. With an abundance of natural resources, an existing pool of highly skilled workers, a thriving R&D environment, and supportive government policies, Ireland offers the expertise needed to explore new technologies and energy efficiencies to address the demands for renewable energy.

Harnessing the power of wind energy is a priority in Ireland. As the largest contributing resource of renewable energy in the country, wind power provides more than 85 percent of Ireland’s renewable electricity and 36 percent of total electricity demand.

The country has one of the largest marine territories in the EU — roughly 10 times the size of Ireland’s landmass. And with 220 million acres of marine territory extending beyond the Irish coastline, offshore wind is a key contributor to Ireland’s decarbonization effort.

As stated in its National Energy & Climate Plan, Ireland aims to develop 5 GW of additional offshore wind energy by 2030 and 30 GW of wind energy in the next 20 years. This plan is coming closer to fruition with two new projects in the pipeline: the Codling and Moneypoint wind farms. Together, these projects will bring nearly 3 GW of offshore wind capacity to Ireland.

The Codling wind farm plans to develop 1.5 GW of offshore wind energy in the Irish Sea and could produce its first electricity by 2027. The Moneypoint wind farm will be part of a larger green energy hub, helping Ireland become a leader in green energy production.

Recently, Irish utility ESB and Norwegian energy company Equinor announced they are partnering on a 1.4-GW floating offshore wind farm off the coast of Clare and Kerry counties.

Once complete, the wind farm will be capable of powering more than 1.6 million homes in Ireland. The Moneypoint wind farm is replacing Ireland’s only remaining coal-burning power plant, which the Irish government and ESB have committed to ending by 2025 as part of the National Climate Action Plan.

The current Moneypoint power plant, built in the 1980s, is home to one of the deepest ports in Europe. This makes it an ideal staging ground for the construction of the wind farm. The deep-water port allows for easier maintenance as wind turbines are brought back onshore for routine service.

Ireland is proving its commitment to sustainability in other ways as well.

MIT Technology Review’s 2021 Green Future Index ranked Ireland fifth out of 76 economies on its progress and commitment toward building a low carbon future. This recognition reflects the comprehensive approach taken by the Irish government to act as a leader in sustainability.

Ireland’s ambitious Climate Action Plan 2019 outlines 200 actions vital to shifting to a climate-neutral economy. One of the most significant actions for businesses with operations in Ireland is the move to generating 70 percent of all electricity from renewable sources — including on-and off-shore wind farms — by 2030.

Additionally, in March of this year, the Irish government approved the Climate Action and Low Carbon Development (Amendment) Bill 2021. The bill puts the country on the path to net-zero greenhouse gas emissions by 2050 and achieving a 51-percent reduction in emissions by the end of this decade.

Once ratified, the bill will enshrine the targets in legislation, establishing a legally binding framework with ambitious targets and commitments set in law. The bill ensures the necessary structures and processes are embedded on a statutory basis to ensure Ireland achieves its national, EU and international climate goals and obligations.

To support the broader initiatives of the Irish government as well as private sector initiatives, IDA Ireland, Ireland’s industrial development agency responsible for the attraction and retention of inward foreign direct investment into Ireland, is supporting decarbonization and responsible production across its client base. Many multinational corporations — including 31 of IDA’s top 40 clients — have signed on to the global Carbon Disclosure Project, including Microsoft, Alphabet, Johnson & Johnson, DELL, and Apple. The agency is also seeking out new investments that will focus not only on decarbonization, but also align with sustainable use and protection of water and marine resources, pollution prevention, and the protection and restoration of biodiversity and ecosystems.

In 2020, the Irish economy proved incredibly resilient during the pandemic, with an estimated GDP growth of 3.4 percent boosted by strong export growth in life sciences and continued strength in the technology sector. Ireland is known for its consistently pro-business policies, and unprecedented government support for business helped stabilize the economy and put it on the road to recovery.

Multinational corporations with operations in Ireland have benefited from this support and demonstrated remarkable resilience. In fact, the companies supported by IDA Ireland saw employment growth of 3.6 percent for 2020.

With a thriving ecosystem of innovation tailor-made to help companies achieve their goals, not only in sustainability but in international growth and expansion, Ireland is an environment primed to support continued business recovery and continued momentum in sustainability.

A Windy Future: Looking ahead

Floating offshore projects have the potential to transform Ireland into an energy exporter, creating multiple investment opportunities in the upstream and downstream supply chain and R&D, including green hydrogen production.

With the creation of the Moneypoint and Codling wind farms, Ireland is perfectly positioned to be a hotbed of innovation in wind energy in the coming years and a major investment hub for companies focused on sustainable and renewable growth. 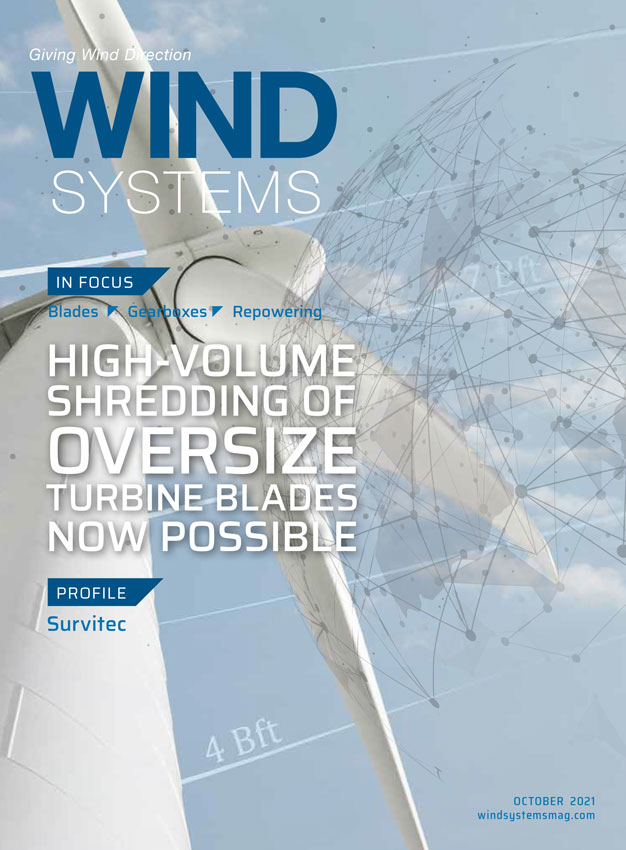