Many factors came together to make wind power in Texas a force to be reckoned with in the energy sector.

Geography and natural resources are important elements to be sure, but it also took ingenuity and the forethought to capitalize on that.

With the opening of Southern Power’s Bethel Wind Farm in Castro County, Texas, earlier this year, the American Wind Energy Association (AWEA) recently presented its U.S. Wind Champion Award to U.S. Rep. Jodey Arrington (R-Texas) for helping lead the way for the advancement of renewable energy through wind in the Lone Star State.

Arrington is the first recipient of the 115th Congress to receive the award. AWEA last had an awards program five years ago.

The “U.S. Wind Champion Award” is given to leaders who support adding more affordable and reliable renewable energy to the grid and oppose any effort to inhibit the reasonable growth of wind energy.

Arrington said he was both honored and surprised by the award.

“As a new member (of Congress), and coming from the largest wind-energy production district in the country, it’s a great award to have,” he said. “I’m certainly very vocal about my support for wind as a renewable energy source. The critical mass of Republicans on this issue is probably smaller than on the Democrat side. But, when I’m an advocate for something, I’m pretty vocal. Maybe that had something to do with it.”

Arrington’s involvement in wind energy started long before he was elected to Congress. He first became involved when he was vice chancellor for research and technology commercialization at Texas Tech University.

“We decided to make wind energy a strategic priority at the university, so we made tremendous investment in that,” Arrington said. “And we were aggressive in pursuing state and federal grants to support the growth of that research center. And now it is

Being able to see the opportunity presented by nature and take advantage of it was just the beginning.

“The wind characteristics in the south plains of Texas and the panhandle are very good,” Arrington said. “And of course we have a lot of land, and that land is relatively inexpensive. All the factors were aligned for us to be a leader, and so we just pursued that.”

One of the organizations that sprang from that pursuit was the formation of Group NIRE (National Institute for Renewable Energy).

“It’s a public-private partnership,” Arrington said. “It has industry. It has federal/state (involvement), and it has university resources invested in it. And it’s become the national leader in wind-turbine technology testing and certification. It’s really a research park that is centered around renewable energy.”

Part of Group NIRE’s function has been to help develop and commercialize new technologies that helps determine the best staging for wind farms based on wind flow and wind characteristics, according to Arrington. It is also developing technology that reduced drag and improved the efficiency rate of the actual wind turbine.

That research park draws in the industry, where it pays to have turbines put in the ground, tested, certified, and then deployed to wind farms all over the world, he said.

“That’s where I cut my teeth on wind energy and saw the many benefits of wind as a renewable source, not just for west Texas, but for our nation,” Arrington said.

Now that he’s in Congress, Arrington continues to use his Washington influence to advance wind as a part of the nation’s overall energy strategy.

“I am a proponent of federal investment in R&D,” he said. “I think as the only member from Texas on the Budget Committee, I fought for less cuts to the discretionary programs like R&D and focus the cuts that we have to do — the spending reduction — on the mandatory program side. Because I think we’ve cut so much that it’s going to hurt our economy and our global competitiveness, and that’s where I think I’m doing the most.”

Continual technological improvement is a must in order to keep wind energy economical, according to Arrington.

“So that’s how I’m doing it, and primarily the other is I just talk about it and promote it as an all-of-the-above strategy for our nation’s energy independence and energy security,” he said. “I am a supporter of fossil energy. We also have one of the largest oil basins in the world in west Texas. And I think we are very blessed as a country to have fossil energy, and I support it. I think the two (wind and fossil energy) can co-exist. And in fact, many traditional oil-and-gas companies or traditional fossil energy companies are now getting into renewables. And I think that is a good thing.”

In addition to Texas’ natural resources, another factor that has helped the advancement of wind energy in the state is its business climate.

“Texas is just a great place to do business, and it’s a business friendly state in terms of taxes and regulations,” Arrington said. “But we also have a lot of land. I don’t know of any state that has more private land and less expensive land as an asset for wind energy. A lot of that land has been land that has been used for farming and ranching. But the commodity prices have been so low, and the drought has been so bad in recent years, that it is perfect for — as they call it — the new ‘drought tolerant crop’: wind farms and wind turbines.”

Arrington said that over the last year, Texas farmers and ranchers have been paid $60 million in lease payments so wind projects could use their land, and he added Texas in on track to power 15 million homes with wind-created electricity by 2030.

“I would say we had a very visionary and aggressive leader in Gov. (Rick) Perry, who is now, obviously, our secretary of energy, which, again, is a blessing for wind energy,” Arrington said. “During his confirmation hearing, he brought up Texas Tech and renewable energy on more than one occasion. That should tell you something about his pride in what he did as governor to invest and attract and grow the wind energy to second to no other state in the Union. So I think he’s going to be a real key asset and leader to advance wind energy as a viable renewable energy source for our country.”

Arrington said Texas has added 25,000 jobs and more than $36 billion in capital investment in recent years because of the state’s leadership in wind energy.

“It is no small thing that these companies like Bethel Wind Energy and their parent company, Southern Power, are adding to the jobs, improving our rural economy, and enhancing our community with infrastructure because of the tax base,” he said. “We’re very proud of them, and I was extremely proud to be there on location when they gave me the award.”

Southern Power announced the acquisition of the 276-MW Bethel Wind Farm from Invenergy in January 2017. Invenergy operates and maintains the 120-turbine facility. Construction began in January 2016, and the facility became operational in February 2017.

The Bethel Wind Farm is expected to contribute more than $50 million in estimated local tax revenues over the lifetime of the project. 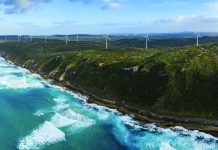 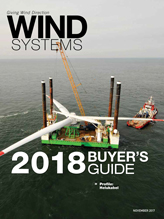 Training  in the wake of corona