In 2021, disruptions from COVID-19 affected wind markets around the world. Increasing commodity prices and the meteoric rise in freight costs pressured manufacturing margins and weighed heavily on project economics. Further, supply-chain disruptions delayed projects worldwide but had an acute impact in the U.S., India, and Taiwan.

In the U.S., wind-capacity installations were down compared to expectations as more than 5 GW of wind projects expected online in 2021 were delayed. There were and continue to be many factors causing delays, including rising commodity prices, record high freight costs, shipping and logistics bottlenecks, policy uncertainties — such as expiration of tax credits for wind projects and the fate of the Build Back Better Act — and interconnection queue delays.

Yet despite all this, 2021 was the second biggest year for wind installations on record, surpassed only by 2020. The U.S wind market installed 4,374 wind turbines totaling 13,400 MW and brought more than 60 land-based wind-project phases online.

The 13,400 MW installed in 2021 brought the U.S. to 135,843 MW of cumulative operating capacity. Many of these wind projects are concentrated in the central plains of the U.S. where world-class wind resources are located. Texas vastly exceeds all other states’ operating wind capacity with 35,969 MW operating. The next closest state for total operating capacity is Iowa with 12,219 MW, less than a half of Texas. A total of 23 states now belong to the gigawatt-club, with seven states containing more than 5 GW of operating wind power. There is commercial wind operating in 41 U.S. states and Puerto Rico.

Most notably, 2021 brought significant progress for the U.S. offshore wind industry. In March 2021, the Biden administration announced a goal to deploy 30 GW of offshore wind by 2030, while nine states set even more ambitious offshore wind-procurement targets during the year.

The Bureau of Ocean Energy Management (BOEM) held its largest single offshore wind-lease auction to date and advanced plans for additional lease sales in seven regions across the U.S.

Developers commissioned more than 3.8 GW less wind power in 2021 compared to a record 2020, representing negative 22 percent year-over-year growth. Two reasons for this decrease are that the Production Tax Credit expiration drove a record year in 2020, and supply chain issues forced many projects set to come online in 2021 to be delayed until 2022.

U.S. wind-power capacity has increased nearly three-fold in the last 10 years and is 51 times larger than it was in 2001.

Nearly 8.5 GW of offshore wind capacity was procured in 2021, beating out the previous record of roughly 7 GW achieved in 2019. Total offshore wind procured through 2021 sits at nearly 17.5 GW.

In January 2021, New York announced Equinor’s Empire Wind 2 (1,260 MW) and Beacon Wind (1,230 MW) projects as winners of the state’s second offshore wind solicitation. These projects build upon Equinor’s success in the state’s first solicitation, where the company’s Empire Wind 1 (816 MW) was selected. New York is scheduled to hold a third round of procurement in 2022.

In June 2021, New Jersey announced the winners of the state’s second offshore wind solicitation. Atlantic Shores (1,510 MW), a partnership between EDF and Shell, and Ørsted’s Ocean Wind 2 (1,148 MW) were selected. New Jersey, originally scheduled to hold a third round of procurement in 2022, has delayed that procurement until the first quarter of 2023 as it awaits the results of an offshore-transmission solicitation.

In December 2021, both Maryland and Massachusetts announced the results of their latest rounds of offshore wind solicitations. In Massachusetts, Avangrid’s Commonwealth Wind (1,232 MW) was selected. An additional 400 MW also was awarded to Ocean Winds and Shell’s Mayflower Wind project. Ocean Winds itself is a partnership between EDP and ENGIE. Mayflower Wind was previously awarded 804 MW in a previous solicitation, bringing the project’s total planned capacity to 1,204 MW. In Maryland, the state chose Ørsted’s Skipjack Wind 2 (846 MW) and US Winds’ Momentum Wind (808.5 MW).

There are currently two offshore wind projects online in the United States — Ørsted’s 30-MW Block Island Wind Farm off Rhode Island and Dominion Energy’s 12-MW Coastal Virginia Offshore Wind Pilot off Virginia, the latter of which came online in early 2021. There are 18 projects in development that have secured offtake, totaling nearly 17.5 GW. In total, there are currently 26 active leases on the East Coast, stretching from Massachusetts to North Carolina in various stages of development.

In October, Secretary of the Interior Deb Haaland introduced BOEM’s Offshore Wind Leasing Path Forward 2021-2025. The plan outlines the agency’s goal to hold lease auctions in seven regions across the United States. Following the New York Bight lease sale, BOEM was scheduled to hold a lease auction in the Carolina Long Bay region May 11, 2022. The auction will be for two leases totaling roughly 110,000 acres that could result in at least 1.3 GW of offshore wind capacity.

Next in BOEM’s Path Forward is a lease auction in northern and central California, tentatively scheduled for September 2022. In November, BOEM announced its designation of the Morro Bay Wind Energy Area (WEA), located approximately 20 miles off the central California coast. This WEA, along with the Humboldt WEA (designated in July), are both set to be included in the forthcoming lease auction.

This process was advanced in January 2022 when BOEM released draft EAs for both the Humboldt and Morro Bay WEAs. Further down the pipeline, BOEM also plans to hold lease auctions in the Central Atlantic (2023), Oregon (2023), and the Gulf of Maine (2024).

Nine states have set offshore procurement targets at nearly 45 GW. States continue to be the main drivers of offshore wind development in the United States. In the first quarter of 2022, Louisiana announced an offshore wind goal of 5 GW installed by 2035 as part of the state’s first ever Climate Action Plan.

In September 2021, California Gov. Gavin Newsom signed AB525 into law, which directs the state to establish specific goals for offshore-wind production in 2030 and 2045 and puts the Golden State on track to lead the U.S. on floating offshore wind.

A formal offshore wind goal is expected in the coming years. Similarly, Oregon Gov. Kate Brown signed a bill in June 2021 that established a goal to “plan for the development” of up to 3 GW of floating offshore wind.

Wind-Power Forecast for 2022 and beyond

Moving forward, the average market consultant forecast calls for 93 GW of land-based wind-power capacity to be built from 2022 to 2030. Forecasts range from a low of 78 GW to a high of 127 GW. Years 2023 and 2024 are expected to be the most challenging with annual build expectations ranging from 7 GW to 11 GW. Declining production tax credit value, persistent supply chain challenges, and competition from solar and storage all contribute. The market will be further weighed down in the middle of the decade by high interconnection costs, long transmission-study wait times, and congestion in wind-rich regions. New transmission lines coming online in the middle of the decade and continued coal plant retirements will help to jolt activity in the second half of the 2020s.

Forecasters point to long development timelines, anticipated delays, supply chain bottlenecks, and other factors. Alleviation of these constraints are expected to boost anticipated build closer to the 30-GW target. Multi-gigawatts annual installations are expected starting in 2024, while 2029 is anticipated to be the peak year for new offshore wind additions at more than 4 GW. 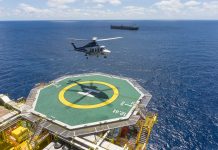 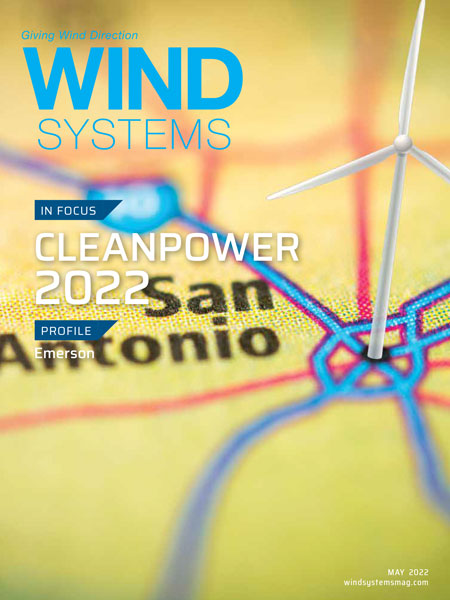 Bolting Technology for the New Year

Next-generation wind turbines will be smarter, more efficient, and more reliable than ever before