AMETEK Spectro Scientific, one of the world’s largest suppliers of oil, fuel, and processed-water analysis instrumentation and software, expanded its cloud-based TruVu 360™ Enterprise Fluid Intelligence Platform with two standalone versions — TruVu 360 Basic and TruVu 360 Pro — both of which can be installed on a customer’s local PC or corporate server.

TruVu 360 Basic is engineered for use with one Spectro Scientific MiniLab on-site oil analysis system for a single user. The software is installed on a non-networked local PC and is ideal for any small reliability team implementing an on-site oil analysis program. TruVu 360 Pro, also intended for use with one MiniLab system, can be installed on a company network server. It features multiple user licenses, which include site user, operator, and reader privileges. The software also provides email notifications about the oil-analysis report.

Together with the original TruVu 360 Cloud version, customers can now choose between TruVu 360 configurations that match their companies’ individual IT policies, allowing ease of operation, simplified and fast work flow, an adaptive rules engine, and high-quality oil analysis reports.

“The expanded TruVu 360 platform now supports all of our customers in different industries in compliance with their IT policies,” said Spectro Scientific senior vice president Yuegang Zhao. “These options help them simplify and streamline the on-site oil analysis process, providing high-quality information and actionable intelligence that facilitates effective decision making.” 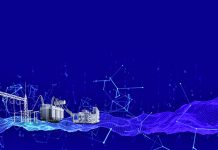 Looking at the Data

‘Rotorlock’ locking system rated for turbines up to 7 MW