More renewable energy projects are pushing installations up, costs down.

The following year did indeed see an uptick, as 7 GW of new wind power was installed across the country, representing $11 billion in new private investment. As of December 2017, the U.S. ranks among the world’s top countries with the highest wind-power generation. This places America second only to China, which boasts 19.7 GW of wind-energy capacity. 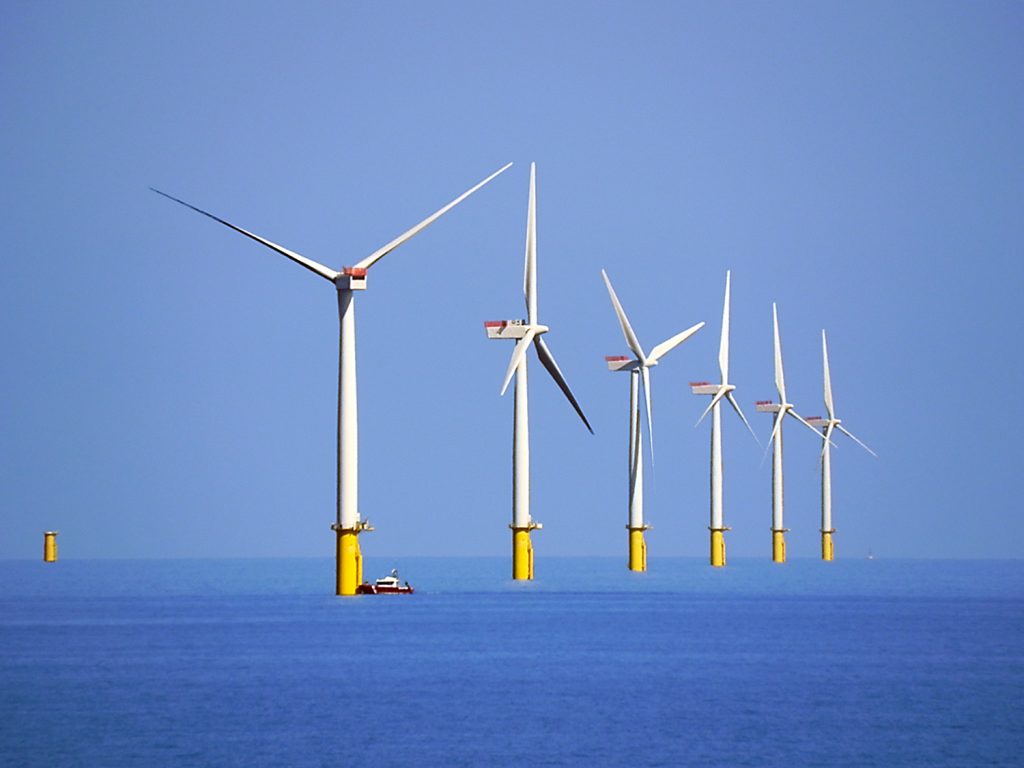 Wind turbines of the Walney Offshore Windfarm in the Irish Sea (Courtesy: David Dixon/Walney Offshore Windfarm)Even more capacity is expected to be available by the end of 2018, since the federal Production Tax Credit (PTC) is being phased out. Over the years, the PTC has helped grow the U.S. economy, provide new jobs, and improve energy security. To take advantage of its remaining time, developers have begun construction of more than 21 GW of wind-power capacity.

This year, facilities are allowed to claim 60 percent of the PTC’s value, followed by 40 percent in 2019, and then that’s it. Experts predict that after this year’s boom, wind installation volumes will decline after the phaseout.

Top states benefiting from wind
A report from Clean Technica states that wind energy is now responsible for more than 30 percent of the electricity generated in four states: Iowa, Kansas, Oklahoma, and South Dakota, which are all Republican.

There is irony in this, considering that Republican leaders are usually indifferent, sometimes hostile, on climate-change issues. Meanwhile, 14 other states are generating 10 percent of their electricity from wind energy. Despite only producing about 14 percent of its electricity from wind power, Texas remains the state with the highest installed wind capacity at 22.6 GW.

On the other hand, there are a few states left that have yet to house their own wind-power systems. There are 11 states that have no wind turbines whatsoever. Included here are many Southeastern states such as Louisiana and Florida. Just last July, a Louisiana project that would have built the largest wind farm in the United States was scrapped after Texas regulators rejected the $4.5 billion investment. Meanwhile, Florida is set to begin research and construction of taller wind turbines that can help the state catch up in terms of wind-energy production.

The impact on U.S. economy
In general, renewable energy offers a cheaper energy alternative and has less effect on the environment. Traditionally, countries rely on non-renewable sources of energy, namely oil, coal, and natural gas.

Since supplies become limited the more they are consumed, their costs tend to increase. FXCM details how the price of oil alone can control the flow of the U.S. economy, affecting a majority of sectors such as agriculture and transportation. While an increase in its price usually spells bad news, the use of the resource can also contribute to the economy by way of gross domestic product.

However, with the arrival of renewable energy sources, the U.S. has the potential to no longer depend entirely on oil reserves and other non-renewable options. Incidentally, renewable energy also produces more jobs.

Because of the wind-energy boom, 2016 saw the wind-turbine technician as the fastest growing job in the country. With further exploration of and investment in green energy, more jobs like this will be a boon for the nation’s skilled workers.

Opportunities for further growth
In addition to onshore wind, there is also great potential in offshore wind power, which saw widespread adoption in Europe. In 2016, the U.S. established its first offshore wind plant off Rhode Island. However, it had not made much impact as the farm generated only 30 MW.

Despite this, recent developments on offshore wind power seem promising. Vox’s report on offshore wind in the U.S. mentioned that several projects in Massachusetts and Rhode Island are set to contribute more wind power once completed. For instance, the Vineyard Wind project off the coast of southern Massachusetts will begin construction in 2019. It will generate 0.8 GW. Meanwhile, Rhode Island aims to increase its wind-power production to 1 GW by 2020 with the Revolution Wind project.

New Jersey is also jumping on the bandwagon. Newly elected Gov. Phil Murphy, along with state senate President Steve Sweeney, announced New Jersey’s commitment of 3.5 GW of offshore wind power by 2030. Two areas totaling 537 square miles off the shores of New Jersey were proposed for lease. Danish wind energy company Orsted plans to use 250 square miles of said areas to launch the Ocean Wind project, which is set to yield at least 1 GW, enough to power half a million structures in New Jersey.