The value of patents to the wind power industry is evident when studying recent patents. A search for patents related to wind power systems that issued within the past twelve months yielded over 1100 results. These patents cover a broad scope of subject matter, and include many innovations that address the technical and practical problems facing the wind power industry.

WIND SPEED & VIBRATION
U.S. Patent No. 8,133,023, which is assigned to Lockheed Martin Corp., is directed to an apparatus and method for reducing wind turbine damage through the design of overlapping blades. The patent describes blades that can be adjusted to form variable cross-sections that either increase or decrease propeller rotation speed dependent upon wind speed and weather conditions. The patent describes controlling the threshold of destruction in the turbine propeller through the adjustment of the overlapping blades in different wind conditions.

CLEANING ROTOR BLADES
U.S. Patent No. 8,192,163, which also is assigned to GE, is directed to an apparatus for cleaning the outer surface of a wind turbine’s rotor blades. Dirty rotor blades can alter the aerodynamic characteristics of the blade, which can decrease the performance of the wind turbine and increase the probability of stalling the blade. The patent describes how the cleaning apparatus (labeled 200c) may be attached to, and is conformable with, the outer surface of the rotor blade (140).

U.S. Patent No. 8,157,532, which is assigned to Gamesa Innovation & Tech., is directed to a wind turbine blade with an anti-noise device formed by a plurality of elements with a substantially arrowhead shape that are located on the blade. The anti-noise device is intended to reduce noise by altering both “the scale of turbulence and its power distribution in the frequency domain by the use of elements introducing coherent fluidic structures, placed behind the location of the transition line, where the change from laminar to turbulent boundary layer occurs.”

The average time from filing to issuance of these patents was approximately three years, which is on par with the average pendency of patents in general. Thus, recently issued patents are generally based on research and development conducted before 2009. However, the pendency of the patent for pre-stressing a generator frame was only seventeen months, because the applicants utilized the U.S. Patent and Trademark Office’s “Green Technology Pilot Program,” which expedites the review of applications pertaining to green technologies.  This program is now unfortunately closed, but there are discussions to implement similar programs in the future.

Although the patents discussed above represent a miniscule sample of the intriguing innovations emanating from the wind power industry, they are good examples of the industry’s ability to overcome obstacles. The obvious need for renewable energy sources combined with the value of patents will hopefully continue to stimulate research and development to address the technical and practical problems facing the wind power industry. 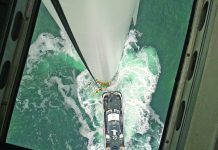 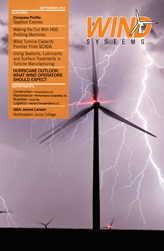