Wind has revolutionized the energy industry with its source of sustainable, emission-free power. Now, wind is being harnessed to power merchant ships across oceans.

A new type of sailing ship is emerging, but this modern version looks nothing like the ships that crisscrossed the world’s oceans during the “age of sail.”

Oceanbird, an automobile-carrying cargo ship with a capacity of 7,000 cars, features vertical metal or composite “wings” to harness wind energy for propulsion. They will be raised and lowered telescopically and will be fully rotational and autonomously controlled. When fully extended, the wings will be much higher than the tallest point on traditional ships. The wings can be retracted in harbors and to travel under bridges. The design features diesel engines for entering and leaving port and to augment the sails to maintain schedules.

A Swedish consortium of industry, academia, and research organizations has partnered to create the wind-powered car carrier (WPCC) by 2021. Wallenius Marine is showcasing its concept for the Oceanbird, an automobile-carrying cargo ship with a capacity of 7,000 cars.

The company is leading a government-funded team studying wind-powered ships, along with a Swedish consortium of the Royal Institute of Technology (KTH) Centre for Naval Architecture, and maritime tech developer SSPA.

“The industry faces enormous challenges in terms of sustainability, and this type of solution with wind-powered ships on the oceans is by far the most interesting solution for achieving truly sustainable shipping,” he said.

Wind-powered car carriers will be slower than the current fleet of 450 conventionally-powered car carriers in service today. For example, they take seven or eight days to cross the Atlantic, where the WPCC would take 12. But the tradeoff is vastly reduced fuel costs and emissions. Contemporary car transporters burn about 40 tons of fossil fuel per day.

The International Maritime Organization (IMO) has established a goal of reducing overall merchant ship carbon emissions by half by 2050. But the WPCC team is aiming even higher.

“We are going much further and aiming for a reduction of 80 to 90 percent,” said Professor Jakob Kuttenkeuler of the KTH Centre of Naval Architecture in Stockholm. “This entails a paradigm shift as today’s ships travel far too fast and with high fuel consumption. We are developing the world’s first emission-free shipping concept in modern times.”

A group of KTH students are building a seven-foot scale model of the WPCC.

“Our physical model is a real test bed for control algorithms and learning more about maneuvering,” Kuttenkeuler said. “We are equipping our model with very good — and expensive — instruments, such as anemometers and dual-antenna GPS systems, so it will be a functional testbed for maneuvering experiments. We’re building four rigs — although Oceanbird will have five. We’ll mount them on our seven-meter boat with the fittings, actuators, bearings, and control systems.”

The challenge of using wind to propel a ship on the water is well understood, but Kuttenkeuler said the WPCC design is a blend of both aerospace and marine engineering.

“The rigging should be aerodynamically optimized, robust, light, and cheap to manufacturem,” he said. “It can be likened to designing sailing mechanics for an airplane that is going to be tossed about at sea.”

But the WPCC concept is altogether different and involves an entirely new area of the sea-atmosphere interface.

“We’ve been using sailboats for thousands of years, but only in the very lowest part of the atmosphere,” Kuttenkeuler said. “They use the wind from the waterline to about 30 meters. No one has ever sailed using the atmosphere from 50 to 100 meters that we are going to use. It’s actually a very different environment.”

Even offshore wind turbines don’t go that high, Kuttenkeuler said, and most wind turbines are located near the shore for obvious reasons.

“Oceanbird will sail in the middle of the ocean, so we need knowledge that really doesn’t exist right now,” he said. “There isn’t much data or analysis of that part of the atmosphere. We have had to do a lot of it ourselves.”

According to Sjoerd Jan Sinnema, the student leader for the KTH WPCC cohort, each of the wings will be identical, with the same profile and layout, but each wing will attack the wind at the most efficient angle.

“We are implementing anemometers to help determine the optimal angle and wind flow for each wing, so the wings will be able to provide the most forward momentum,” he said.
The project has left a lasting impression on Sinnema.

“The most important thing I learned from partaking in this ambitious effort is that, when it comes to sustainable development, especially in the shipping industry, even the craziest ideas can become reality when there is enough motivation and collaboration between the collective of organizations and companies to turn an idea into reality,” he said. “Maybe at first it seemed kind of like a ‘pie in the sky’ idea. Producing our demonstrator over the last nine months really shows that this propulsion system could indeed be one of the solutions to make it to market.”

The Swedish Transport Administration is backing the WPCC research consortium with a $3 million grant. The research effort will run until 2023.

KTH will provide aerodynamic and sailing mechanics expertise, including calculations of performance and route optimization, and fabrication of a seven-meter scale model for in-water testing.

Naval architecture students at KTH tested their model at Viggbyholm, north of Stockholm. According to Ulysse Dhomé, project supervisor at KTH, the “sea trials” were very useful.

“Now we know more precisely how the boat will behave, and we can calculate how to make it stable,” he said.

SSPA will use its tow tank facility in Gothenburg, Sweden, to conduct hydrodynamic modeling and testing of a 1:25 scale model for validation of concepts and designs.

“We have done extensive computer simulations,” said Sofia Werner, manager of Strategic Research Hydrodynamics at SSPA. “Now we need to confirm these simulations with the experiments to get more accurate numbers of the performance and the forces acting on the ship.”

“We are creating a Swedish competence cluster of wind-powered vessel development and design,” said Vendela Santén, senior researcher and project manager at SSPA. “Together we are stronger.”

The team said the wind concept can be applied to other types of ships in the future.

Can Vibrations be Good for Business?

Inspiring and training the next generation of wind techs 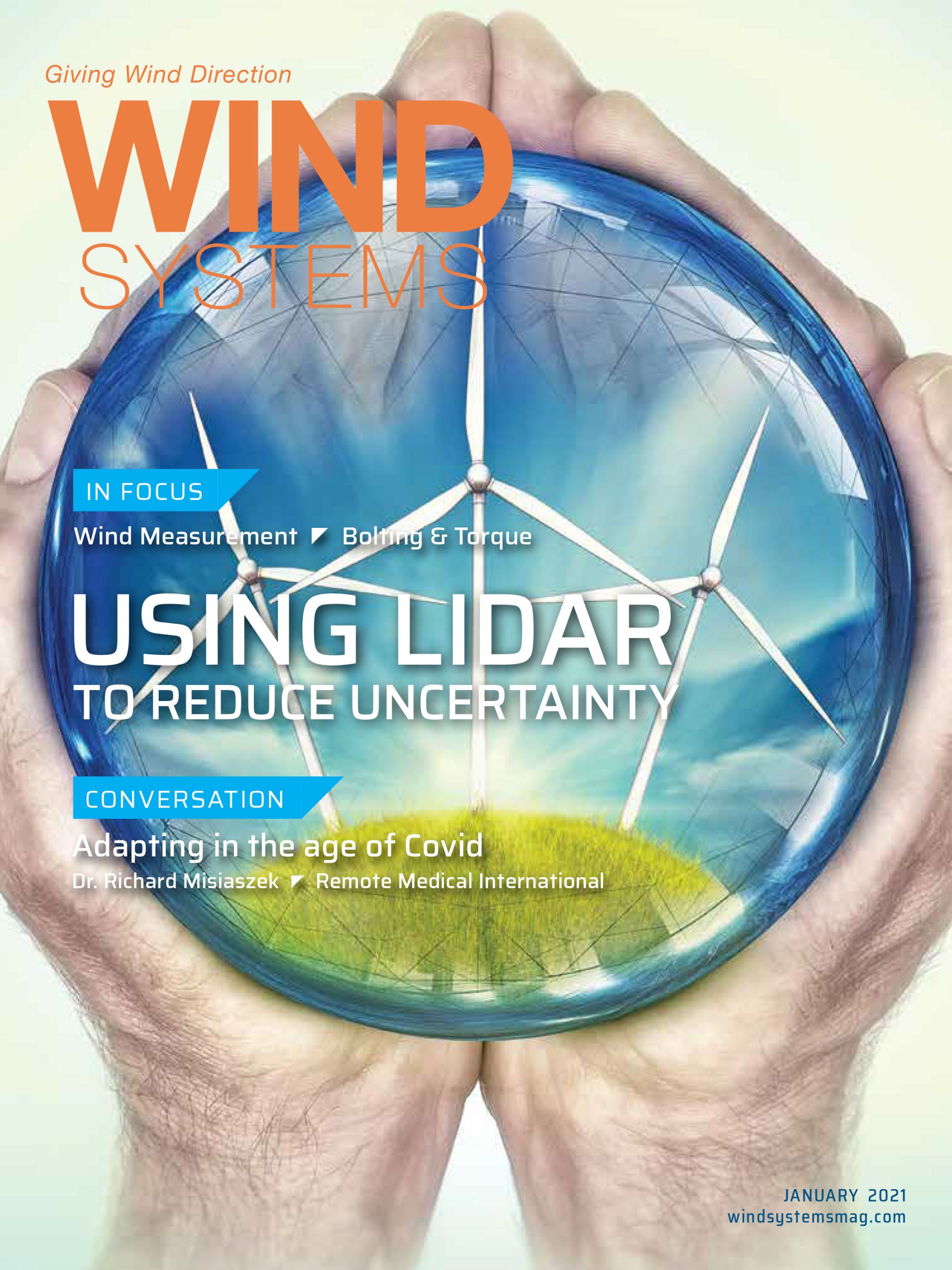 Can Vibrations be Good for Business?